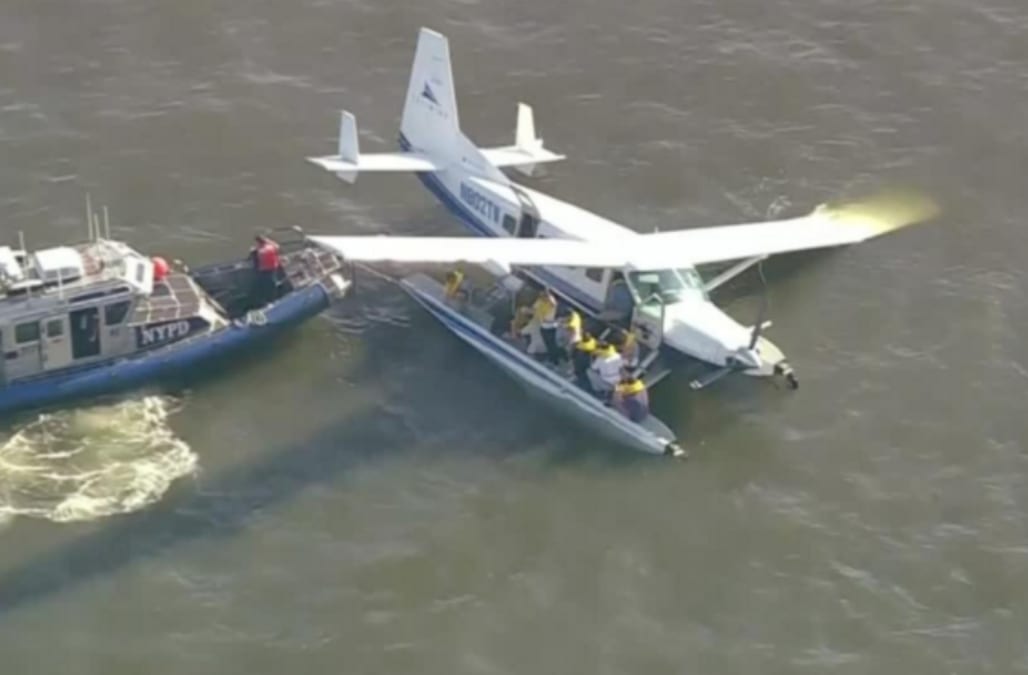 The NYPD Harbor Unit rescued passengers and crew from a disabled seaplane, that police say was involved in a hard landing in New York City's East River on Friday, July 21st.

Officials say the plane, which was towed to the East 23rd Street seaport, had been flying between East Hampton Airport and Manhattan and was in the air three hours before it landed on the river around 5:35pm.

It was not immediately known what caused the incident or if there were any injuries.