Cecil the Lion’s son killed in Zimbabwe by trophy hunter 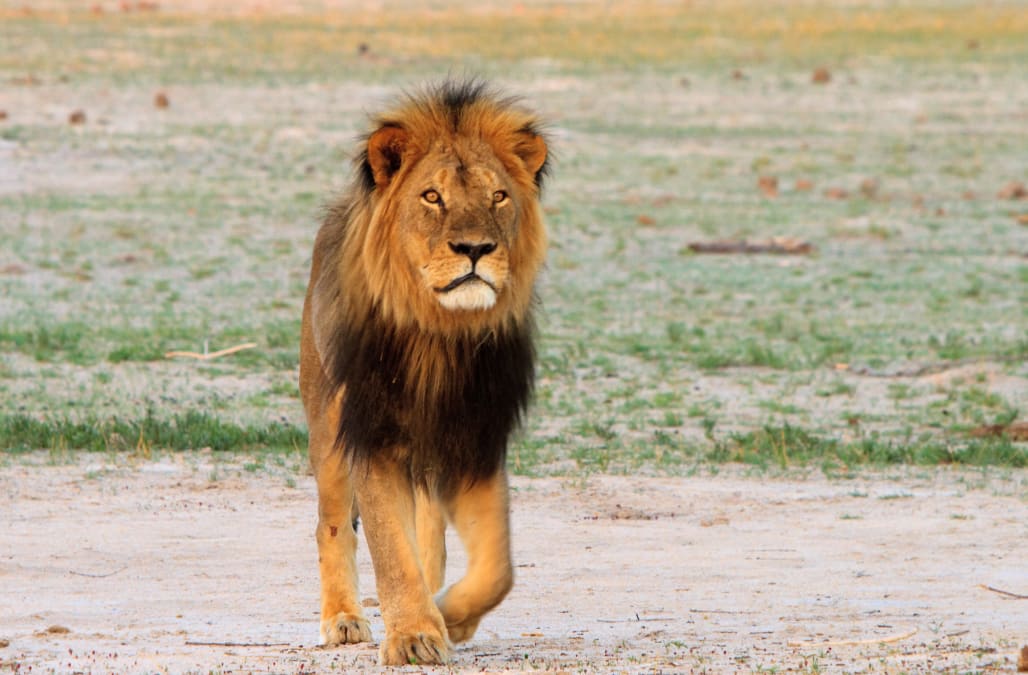 Following the outrage surrounding the killing of Cecil the Lion by a trophy hunter in 2015, the lion's son, Xanda, has also been hunted down and killed.

According to the New York Times, the lion was shot dead earlier this month outside Hwange National Park in Zimbabwe. The hunt was reportedly arranged by Richard Cooke of RC Safaris, and was completely legal. Beyond the edges of the park, the lions are not protected and Xanda was older than six years as specified by regulations.

See photos and of Cecil and his pride of lions:

8 PHOTOS
Cecil and his pride of lions
See Gallery

It is unclear who actually fired the shot that killed him.

Back in 2015, Cecil, Zimbabwe's most famous and beloved lion was found skinned and decapitated outside a national park on the outskirts of Hwange last month after American dentist, Walter J. Palmer, reportedly paid $50,000 to shoot him with a crossbow and rifle.

The killing of the 13-year-old lion, who was famed for his lush black-tinged mane, quickly sparked outrage across the world from animal lovers and a flood of stars including Ricky Gervais, Olivia Wilde, Sharon Osbourne and Jane Goodall.

Also Read:Cecil the Lion Killer Breaks Silence: 'I Wouldn't Have Taken It' If I Knew Lion Was Important

"The killing of Xanda just goes to show that trophy hunters have learned nothing from the international outcry that followed Cecil's death," Masha Kalinina, an international trade policy specialist for Humane Society International, told the Times.