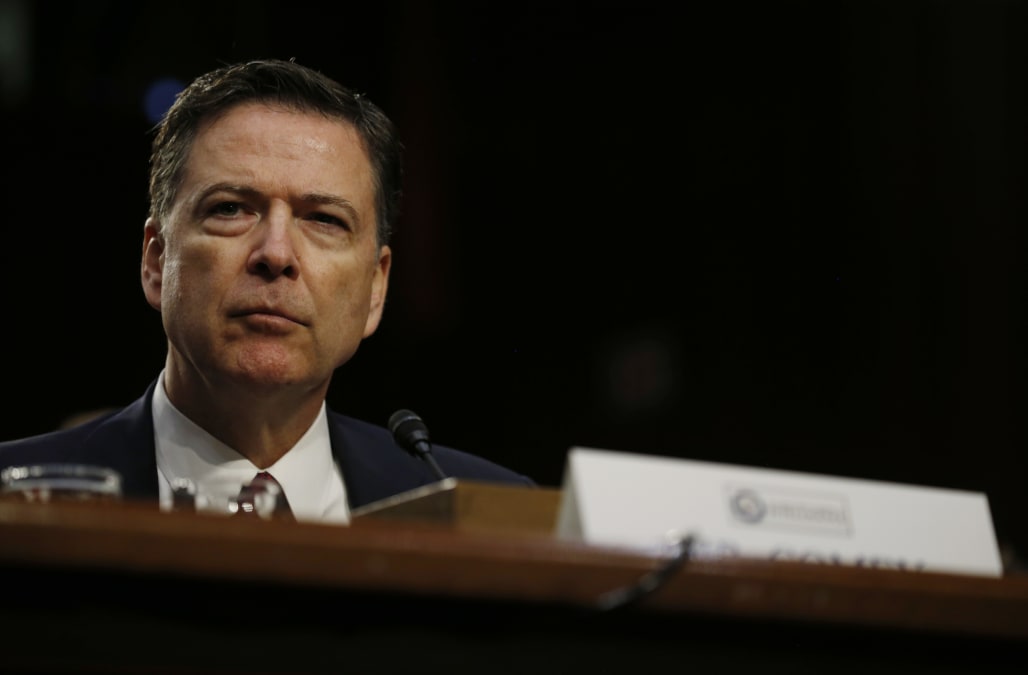 President Donald Trump on Wednesday suggested he believes FBI Director James Comey tried to use a dossier containing salacious allegations about his ties to Russia as leverage to keep his job.

The dossier is an unverified collection of memos compiled by former British spy, Christopher Steele. The dossier, which first emerged in January, contains allegations linking Trump to all manner of sordid activities in Moscow.

Trump told The New York Times that Comey was among the US intelligence officials who briefed him on Russia's meddling in the presidential election, weeks before his inauguration.

Trump recalled that, after the meeting, Comey pulled him aside and informed him of the dossier. The president said he interpreted that information as a threat.

"In my opinion, he shared it so that I would think he had it out there," Trump told the newspaper. When asked if he thought it would be used as leverage, Trump said, "Yeah, I think so. In retrospect."

Trump fired Comey in May. He said in subsequent interviews that he had the Russia investigation in mind when he made the decision.

Speaking about the dossier to a congressional committee investigating Russian meddling, Comey said he tried to make it clear to Trump that he was not sharing information about the document to hold it over his head.

Trump has frequently called the dossier "phony." Though many of its more salacious allegations have not been corroborated, US law-enforcement officials appear to be using elements of the document as a roadmap in their investigation of Russia's meddling and possible collusion with the Trump campaign.