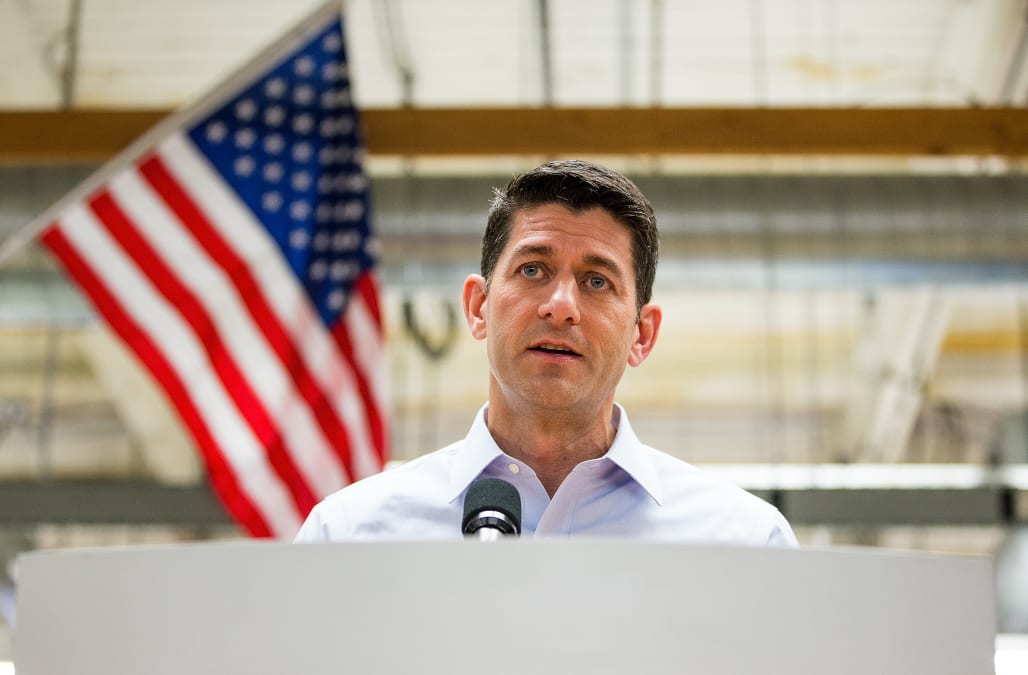 WASHINGTON, July 20 (Reuters) - U.S. House Speaker Paul Ryan said on Thursday that tax reform talks are nearing a consensus to lower business taxes by closing loopholes and special interest deductions, the latest sign that the unpopular proposed border tax may not be included.

Speaking at a New Balance shoe factory in Massachusetts, Ryan stressed the need to "level the playing field" for U.S. companies and their foreign competitors but failed to mention the border adjustment tax, or BAT, which has been his main policy for creating a more competitive U.S. manufacturing base.

Ryan's remarks, coming about a week ahead of an end-of-July deadline for top White House officials and Republican leaders in Congress to agree on a tax reform framework, could indicate that President Donald Trump's promised tax code overhaul is taking on a more orthodox shape after months of closed-door talks.

Republicans in the House of Representatives had billed the BAT as a more effective way to pay for tax cuts than closing loopholes, because it would raise more than $1 trillion over a decade by effectively taxing imports while exempting exports from taxation.

"We are going to slash the corporate tax rate to level the playing field and the business tax rate for all businesses," Ryan told his audience.

"So what we need to do is, we need to throw out those complicated loopholes, those deductions, those special interest loopholes," he added.

Ryan said cutting the corporate tax rate from a current 35 percent rate to a 20 percent corporate rate is "very realistic."

"We have basically found where our consensus lies on these major issues, which we think are sort of the key cornerstones of tax reform," the Wisconsin Republican said.

His failure to mention border tax adjustment could fuel speculation that House Republicans are moving away from the idea in discussions among the so-called Big Six principles.