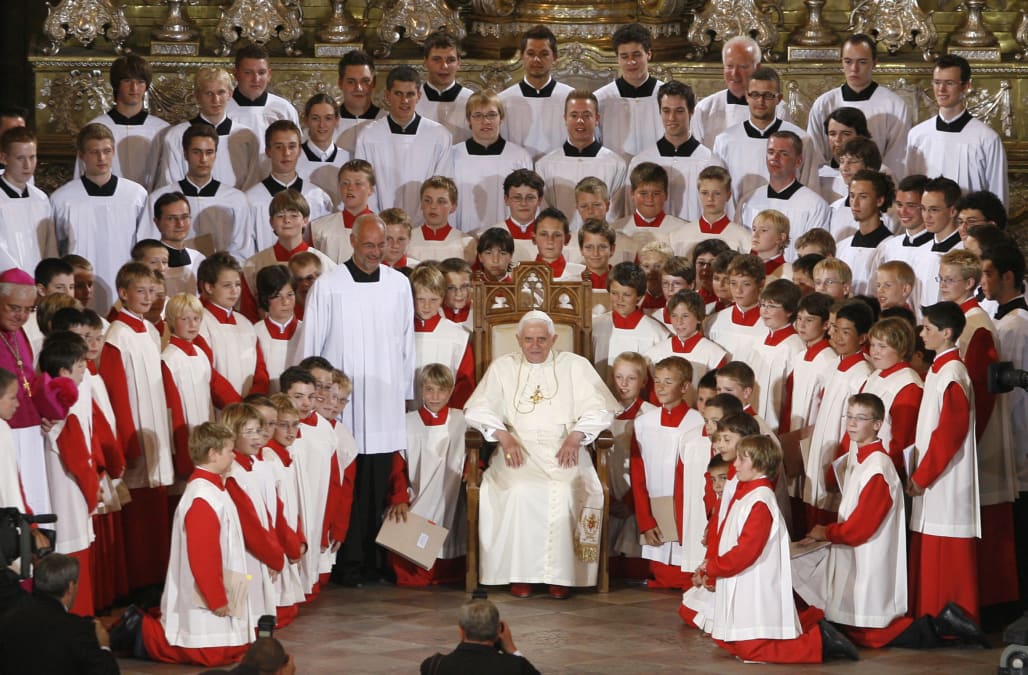 At least 547 former pupils of Germany's esteemed Regensburger Domspatzen choir school were abused over six decades, according to a report released Tuesday.

Of the 547 highly plausible cases in the report, 500 former students said they were victims of physical abuse and 67 admitted to suffering from sexual abuse. The report says that, while the abuse, starting in 1945, affected all age groups, the majority of the abuse took place in the pre-school.

"Pre-school victims of the Regensburg Domspatzen in [the towns of] Etterzhausen and Pielenhofen described the institution as a prison, hell and a concentration camp," the report's co-author lawyer Ulrich Weber said at a press conference Tuesday. "Many of them called the time there as the worst of their lives, marked by violence, fear and helplessness."

The 440-page investigation found that "violence was an everyday means" at the choir school to address misconduct, poor performance by the students or meted out arbitrarily by teachers. Along with physical violence, "forms of psychological and social violence were constantly present," the report said.

Abuse at the German school first came to light in 2010 when multiple charges emerged against the Catholic Church for its allegedly turning a blind eye to the mistreatment of young boys. Georg Ratzinger, older brother of former Pope Benedict XVI, denied knowing about the sexual abuses while he served as the school's musical director from 1964 to 1994, but apologized around the time of the first report for using physical discipline against the students.

The Regensburger Domspatzen choir – the name means "cathedral sparrows" in German – was established in 975 and is the oldest choir in the world. According to the report, 266 of the 547 cases occurred between 1960 and 1980.

"The whole educational system was based on musical bests and thus the success of the choir," the report's authors wrote. "Victims' reports were not taken seriously."

Michael Fuchs, the Vicar General of Regensburg diocese since 2005, said Tuesday that action should have been taken sooner and he hoped the victims would accept the diocese's apology.

"Reading the reports and the comments of the victims about what happened back then and having numerous conversations, we know how [the victims] are suffering to this day," Fuchs said at a news conference. "It is something that weighs heavily and something that is very upsetting. All we can do is to apologize in the name of the perpetrators."