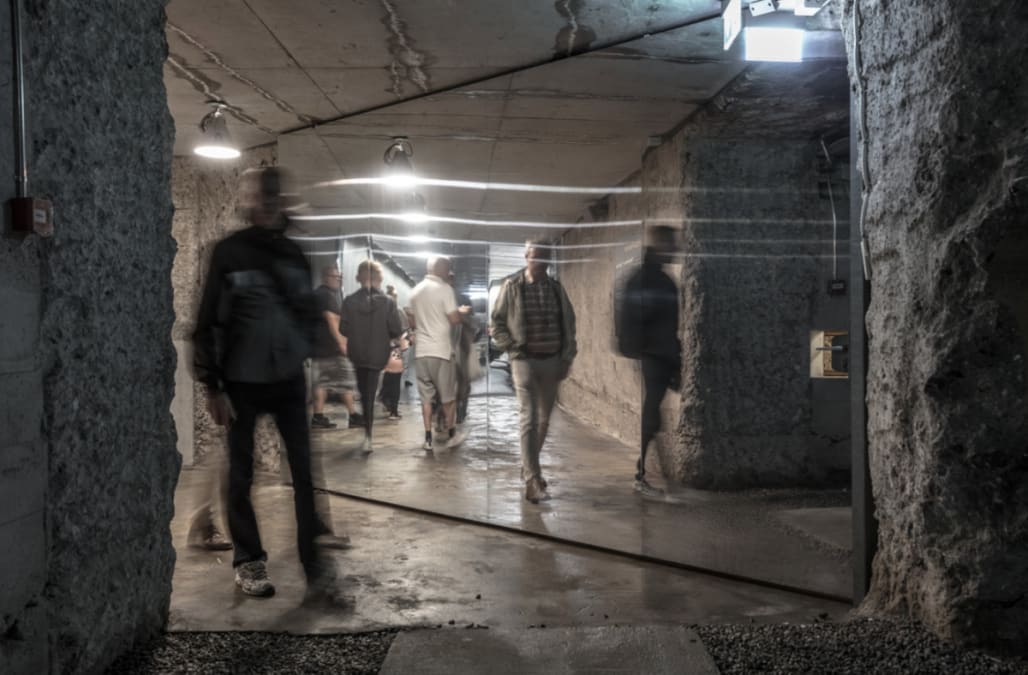 During World War II, about 200 concrete bunkers for Nazi soldiers were built along the Danish coast.

Denmark's largest was the Tirpitz Bunker, which measured 7,500 square feet and was located in Blåvand. Named after a German battleship, the bunker never saw military action. Nazi soldiers abandoned its construction in 1945.

For decades, it sat empty — a dark reminder of Nazi-occupied Denmark.

But the bunker has recently taken on a new life. Architecture firm Bjarke Ingels Group (BIG) transformed the partially subterranean building into the

Blåvand Bunker Museum, where visitors can learn about the history of WWII and the Danish West Coast.

Take a look inside the museum, which opened in June:

The Tirpitz Bunker's construction began in August 1944 in Blåvand, Denmark, located about 200 miles west of Copenhagen, and was expected to last a little over a year. At the time, Nazi Germany occupied the country.

The bunker was meant to defend the seaport city of Esbjerg near Blåvand. However, the project was abandoned a few months later in May 1945, when Germany surrendered.

The bunker was designed to house two towers containing two 111-ton naval guns each. As you can see in the photo below, the structures were never finished.

In 2017, BIG — the architecture firm that designed Google's headquarters — expanded and redesigned the bunker into a new gallery space, called the Blåvand Bunker Museum.

The museum is partially underground, and much of the former bunker was kept intact.

Planted in sandy, coastal dunes next to the North Sea coast, the site expects to attract around 100,000 visitors annually.

The museum features four exhibitions, three of which are permanent. They include everything from information about the Atlantic Wall (an extensive system of coastal defense built by Nazi Germany) to the largest collection of amber in Denmark.

The architects gave the former bunker a modern feel by installing lighting along the ceiling edges ...

It consists of four main materials found in the former bunker and the area's natural landscape: concrete, steel, glass, and wood.

Camouflaging into the landscape, the museum is a "ghost or reflection of the war machine it was meant to be, [both] critical and respectful of the bunker architecture," the architects write.

"The architecture of the Tirpitz is the antithesis to the WWII bunker," Bjarke Ingels wrote in a press release. "The bunker remains the only landmark of a not so distant dark heritage that upon close inspection marks the entrance to a new cultural meeting place."