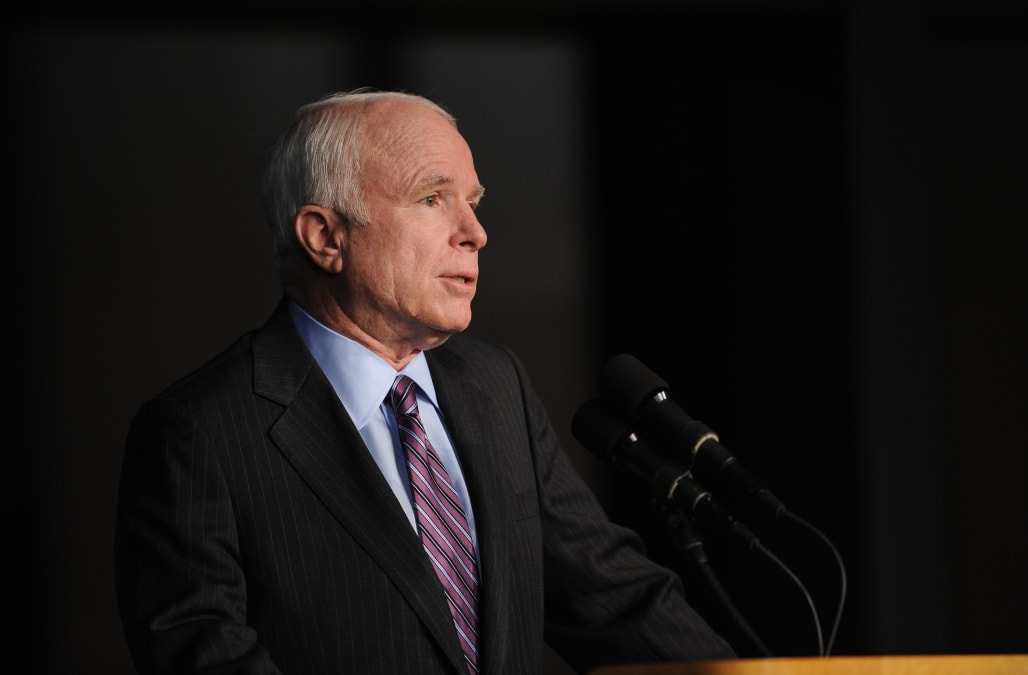 John McCain has a lot of people rooting for him! After the news broke on Wednesday that the 80-year-old senator has been diagnosed with brain cancer, celebrities and politicians alike took to social media to lend their support.

"The news of my father's illness has affected every one of us in the McCain family," she wrote. "It is an experience familiar to us, given my father's previous battle with cancer – and it is familiar to the countless American families whose loved ones are also stricken with the tragedy of disease and the inevitability of age."

Meghan went on to praise her father, who also had melanoma skin cancer in 2000, saying that he has been the "most confident and calm" of anyone in the family. "He is the toughest person I know. The cruelest enemy could not break him."

Senator McCain also got support from former President Barack Obama, who ran against him in the 2008 presidential election.

John McCain is an American hero & one of the bravest fighters I've ever known. Cancer doesn't know what it's up against. Give it hell, John.

"John McCain is an American hero & one of the bravest fighters I've ever known. Cancer doesn't know what it's up against. Give it hell, John," Obama tweeted.

John McCain is one tough fighter - we know he'll face this diagnosis with courage and strength. Our family... https://t.co/XXTUltNGey

For more responses from celebrities and politicians, see the tweets below: