Hot takes emerge after O.J. Simpson is granted parole: 'The Juice is Loose!' 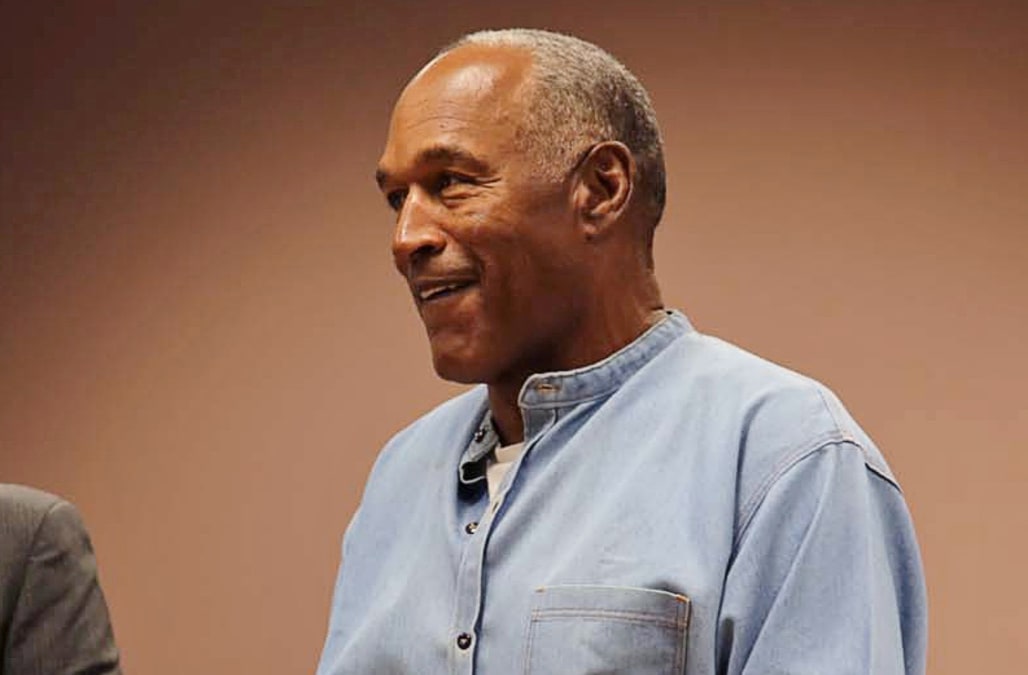 Social media erupted on Thursday when news broke that O.J. Simpson had been granted parole after serving nine years in prison for armed robbery.

Simpson's prison sentence was due to a 2007 kidnapping and robbery in Las Vegas, during which the former NFL star reportedly took hundreds of pieces of sports memorabilia from two men. O.J.'s latest court occurrence comes after his infamous role in "The Trial of the Century," when he was acquitted of murdering his ex-wife, Nicole Brown Simpson, and Ron Goldman.

O.J.'s receiving parole sparked a range of reactions on Twitter, with some praising the parole board decision and others commenting on Simpson's pending freedom with "hide ya kids" rhetoric.

Click through to see the hot takes that emerged amid news of "the Juice" being granted parole:

Hot takes emerge after O.J. Simpson is granted parole
Welp, O.J., Bill Cosby and R. Kelly are all free to make a buddy comedy movie now
OJ Simpson paroled! And sadly at this point he will probably be on an NFL team before @Kaepernick7
#OJSimpson has the entire airport at a standstill. It's like the 90's no one is moving. I think some are willing to miss fights.
OJ Simpson has been granted parole. As awful as it is, the board had to follow the law + not consider past behavior he wasn't convicted for
Donald Trump is in the White House and O.J. Simpson is out of jail, I think someone is trying to tell us something
In 2017, are you surprised that O.J. Simpson is free now that Trump is president and Kid Rock is running for senate?
O.J. dodging the haters while he returns home in October like.... https://t.co/uQz0KzUJnQ
Here's my thing: OJ's life was under a microscope & he committed armed robbery? How do we know he won't commit crime again? #OJSimpsonParole
#OJSimpsonParole OJ coming for Jay-Z on October 1st like: https://t.co/23moXi1uUm
Live shot of Kris Jenner finding out OJ got parole #OJSimpsonParole https://t.co/PZNkHUBCLb
OJ about to leave jail like 🏃🏾💨#OJSimpsonParole https://t.co/6NAq6rJidx
OJ gets second chances poor Black people don't get. #OJSimpsonParole
White folks hearing OJ free... #OJSimpsonParole https://t.co/xXT12QRrTF
OJ's gonna drop a podcast the day he's released
Safe money is that Trump golfs with OJ w/in 20 days and then puts him in charge of some agency about domestic abuse right? #USA
Some of you are HEATED that OJ has been granted parole, but seem to have accepted that George Zimmerman is a free man. 🤔 #Fight4Justice
Up Next

"OJ Simpson has been granted parole," New York Magazine's Yashar Ali wrote via Twitter. "As awful as it is, the board had to follow the law + not consider past behavior he wasn't convicted for."

OJ Simpson has been granted parole. As awful as it is, the board had to follow the law + not consider past behavior he wasn't convicted for

Others, though, focused on the way in which O.J. will perhaps leave prison:

OJ Simpson has been granted parole after almost 9 years in prison.

Simpson could be released on parole as early as Oct. 1.

More from AOL.com:
O.J. Simpson parole hearing: Will the Nevada Board of Parole grant his freedom?
President Trump's personal attorney reportedly threatened someone through email
Key facts about OJ Simpson and the 'Trial of the Century'