Congress may subpoena Donald Trump Jr. and Paul Manafort if they don't show up to testify 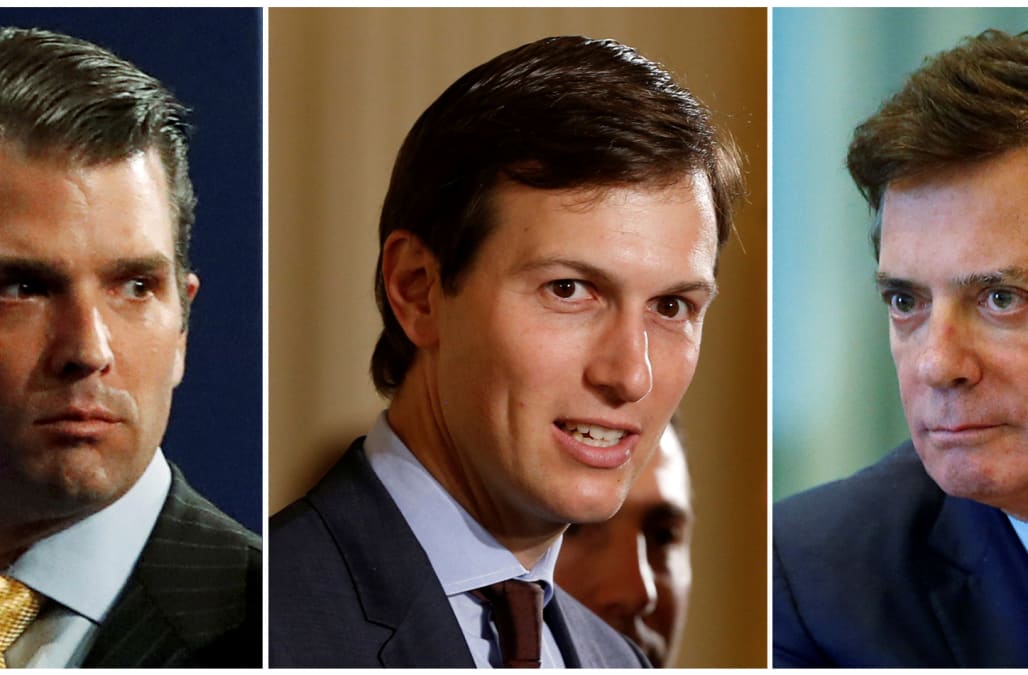 On Wednesday, it was reported that both Donald Trump Jr. and Paul Manafort would have to testify regarding their meeting with Russian lawyer Natalia Veselnitskaya in a public setting. They are scheduled to appear before the Senate Judiciary Committee on Wednesday, July 26. President Trump's son-in-law and senior advisor, Jared Kushner will also be testifying that week, but his remarks will not be made public. If the first two choose not to cooperate or don't show up, however, Congress may subpoena them.

Kushner's lawyer, Abbe Lowell explained his client "has been saying since March, he has been and is prepared to voluntarily cooperate and provide whatever information he has on the investigations to Congress." His interview will take place on Monday, July 24th, and "[h]e will continue to cooperate and appreciates the opportunity to assist in putting this matter to rest." As for Don Jr. and Manafort, however, Sen. Dianne Feinstein (D-California) suggests they'll be subpoenaed if they don't agree to testify in public. "Am I concerned?" she told reported. "No, I'm not concerned because if they don't, they'll be subpoenaed."

The Senate already proved this summer they have zero problem with blanketing Capitol Hill in subpoenas if it gets the job done. Not only that, Special Prosecutor Robert Mueller is reportedly looking into President Trump's business transactions, which may include Kushner, Don Jr. and Commerce Secretary Wilbur Ross.

(Via CNN and MSNBC)