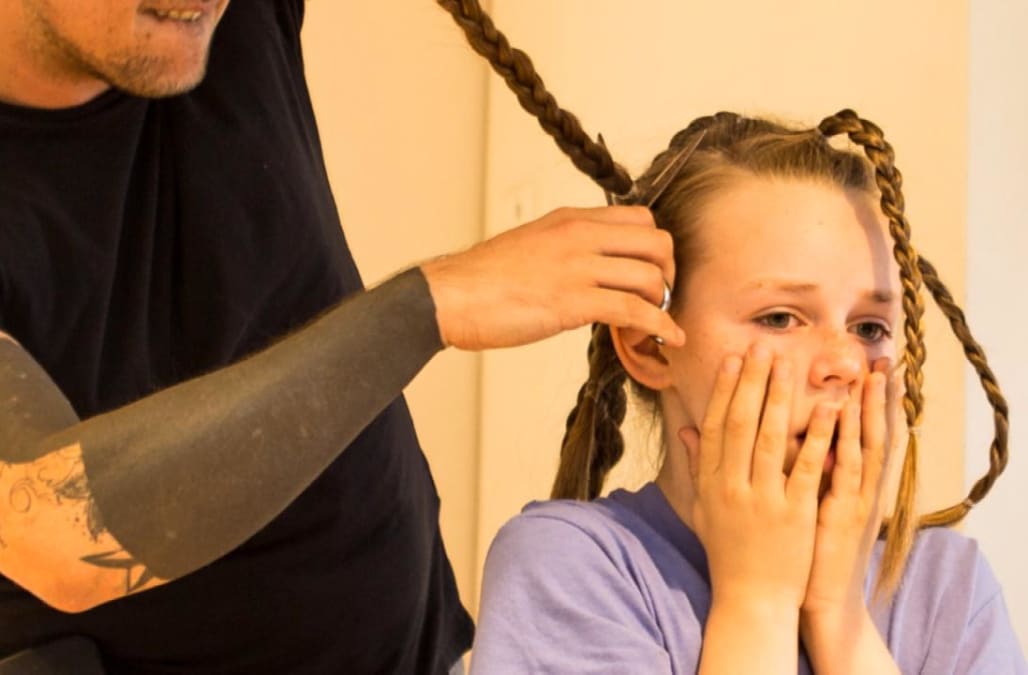 An 11-year-old boy grew his hair for more than a year in support of his mother's friend who was battling cancer at the time.

Josh Scott-Hill, of the U.K., said he was motivated to do something when he ran into his mom's friend in the grocery store in 2016 and noticed she didn't have any hair.

Read: Meet The Survivors Inspired to Switch Careers After Cancer: 'Now I Feel Like I'm Making a Difference'

"My [mom's] friend was going through chemotherapy [for] cancer," Josh told InsideEdition.com. "I asked her why and she told me everything about chemotherapy."

Josh's mom, Samantha Scott, said the boy later decided he wanted to do something for the cause.

"When we walked away, Joshua had asked if could grow his hair for charity," Scott told InsideEdition.com. "I was extremely proud and just shocked."

Josh began an 18-month journey to grow 10 inches of hair, but said the path wasn't always an easy one.

"It was a struggle when I played football (soccer) because it'd go in my face," Josh said. "I got teased by boys, not from my school, from football and my mom reminded me what I was doing it for and she encouraged me."

Josh is now glad he stuck it out. On Saturday, he finally cut his long locks and donated them to "Little Princess Trust," an organization that makes wigs for kids who have lost their hair due to cancer treatment.

"It was very exciting and warming knowing that a child or someone else could have something that they lost through a terrible thing," Josh said.

The 11-year-old also helped raise nearly $4,000 for Maggie's Centre, an organization dedicated to supporting cancer patients, as well as their family and friends.

Josh's mom said she is extremely proud of her son for doing something so major at such a young age.

"It was very emotional but it's just amazing at the same time. I can't be any prouder than I am today," Scott said.

Read: 6-Year-Old Girl Gets Christmas in July After Cancer Made Her Miss Celebrations Last Year

Josh said people should not be afraid to be themselves.

"I just want to say to people it's all right to be different," Josh said. "If you're going to grow your hair, go ahead because it's what matters to you."