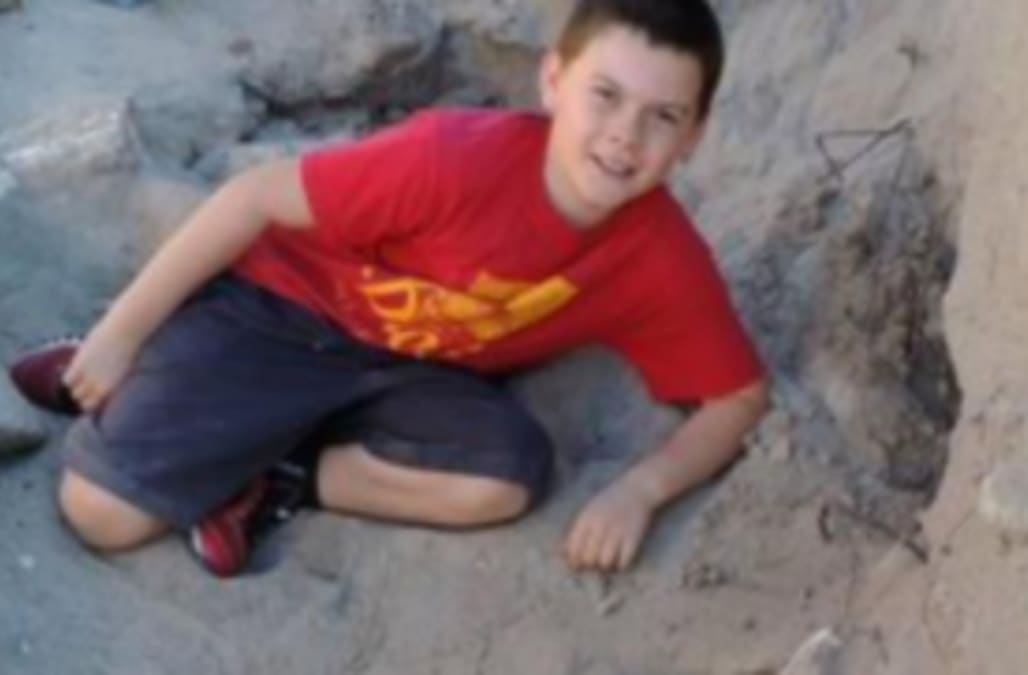 A 9-year-old boy who was out hiking with his family last November accidentally discovered a rare prehistoric stegomastodon skull in New Mexico's Las Cruces desert.

As the New York Times notes, "The Stegomastodon was an elephantine creature — not a mastodon, but similar in appearance — whose existence was relatively recent. It walked the earth within the last few million years and may have even been hunted by humans. "

According to a recent news release about the fossil, the now 10-year-old Jude Sparks recalls, "I was running farther up and I tripped on part of the tusk. My face landed next to the bottom jaw. I looked farther up and there was another tusk."

The family called Peter Houde, a professor at New Mexico State University, who ensured that the roughly 1.2 million-year-old remains were expertly excavated and properly protected.

Houde applauded the family for alerting him of the find rather than trying to dig it up themselves. In addition to be quite fragile and weighing in at about a ton, the skull could be dangerous.

Houde commented, "To be quite honest, all these fossils from this area are radioactive and especially for children, not something you would want in your home."

Work on the fossil is expected to take years, but it will likely be placed on display when the studies and preparations are complete.

Houde noted once that happens, "this little boy will be able to show his friends and even his own children, look what I found right here in Las Cruces."