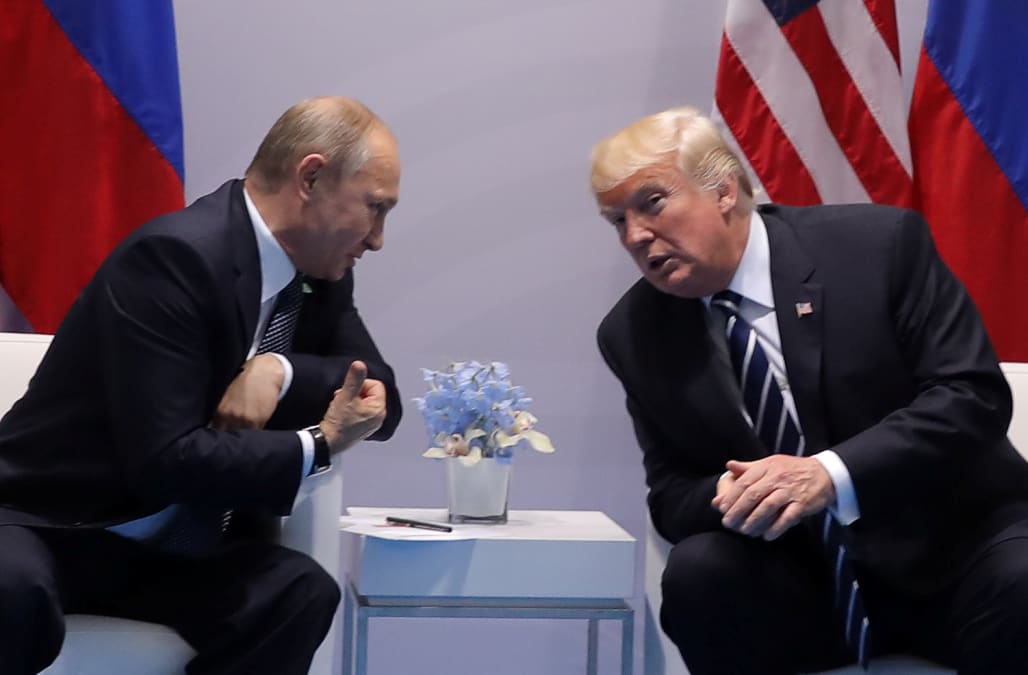 The meeting took place at the G-20 economic summit in Hamburg, Germany, hours after the two leaders met in a highly publicized formal meeting that lasted for more than two hours.

News of the second conversation, which occurred at a private dinner at the G-20 Couples' Dinner, reignited concerns over Trump's relationship with Russia.

"Fake News story of secret dinner with Putin is 'sick.' All G 20 leaders, and spouses, were invited by the Chancellor of Germany. Press knew!" Trump said on Twitter.

Fake News story of secret dinner with Putin is "sick." All G 20 leaders, and spouses, were invited by the Chancellor of Germany. Press knew!

"The Fake News is becoming more and more dishonest! Even a dinner arranged for top 20 leaders in Germany is made to look sinister!" he tweeted seven minutes later.

The Fake News is becoming more and more dishonest! Even a dinner arranged for top 20 leaders in Germany is made to look sinister!

However, as several journalists pointed out, the existence of the private dinner was never in question. Coverage of the conversation focused on its unusual length and the fact that there is no government record of it. Trump did not use an American translator during the interaction, instead relying on Putin's translator.

"Pretty much everyone at the dinner thought this was really weird, that here is the president of the United States, who clearly wants to display that he has a better relationship personally with President Putin than any of us, or simply doesn't care," Bremmer told the New York Times. "They were flummoxed, they were confused and they were startled."

The White House released a statement saying "all the leaders circulated throughout the room and spoke with one another freely."

"There was no 'second meeting' between President Trump and President Putin, just a brief conversation at the end of a dinner," the statement continued. "The insinuation that the White House has tried to 'hide' a second meeting is false, malicious and absurd."

SEE ALSO: Trump and Putin had another, previously undisclosed conversation at the G-20 — and world leaders were 'flummoxed'

More from AOL.com:
Trump says he would invite Putin to the White House, but not now
Trump, Putin held a second, undisclosed meeting at G20 summit
Trump says he and Putin 'get along very, very well'