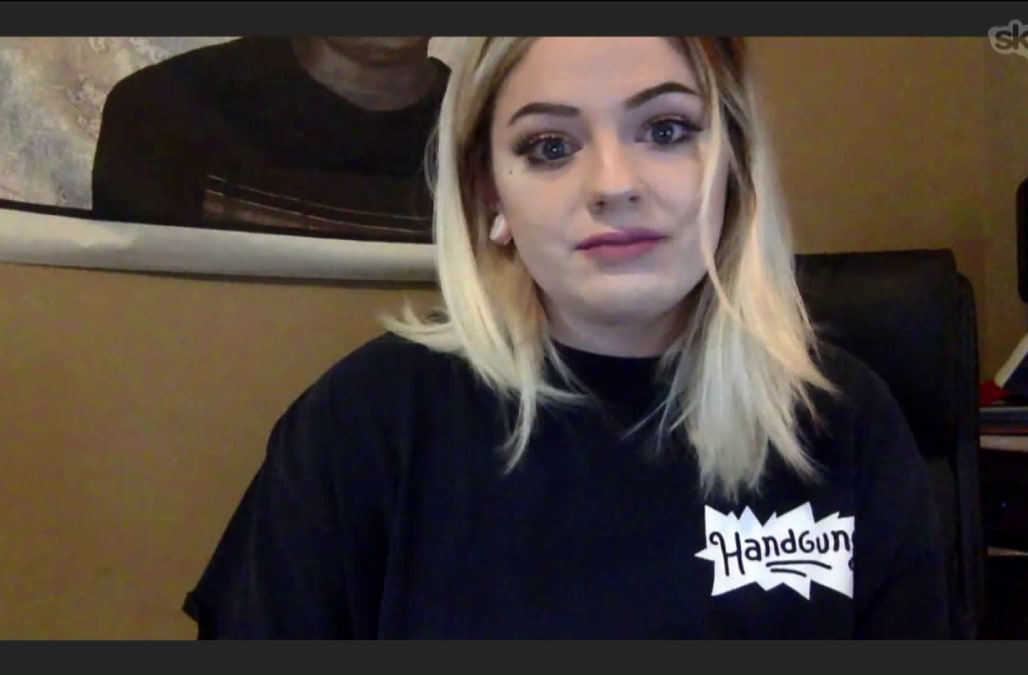 WILLIAMSBURG, Va. (WTVR) -- Rachel Holley loves going to Busch Gardens. She enjoys the Williamsburg theme park so much, she buys an annual pass so she can make unlimited visits each season.

But that tradition may be coming to an end after a recent incident at the park.

"I felt like a criminal," the 24-year-old Virginia Beach woman said after a security guard would not allow her into the park last Friday.

The issue, she was told, was her t-shirt.

"[I was told] if a kid were to see this shirt, they might think that guns are OK," she recalled.

On the front of the shirt, the word "Handguns" is written in a cartoon font.

The back also displayed the word "Handguns," along with an image from the kids' cartoon Rugrats.

The shirt, for the punk band Handguns, was deemed inappropriate for children to see and a violation of park dress code, she said she was told.

Rachel said she left the park, bought a new shirt, and was ultimately allowed into Busch Gardens for the day.

"I found it hypocritical," she explained. "As soon as I walked into the park and saw [other t-shirts and toy weapons for sale] that were the same level, if not worse than what I had on my shirt."

In keeping with the family image of Busch Gardens®, guests must wear appropriate clothing while in the park. Shirts, shoes, and pants must be worn at all times. Clothing with suggestive or explicit language or insulting statements is not allowed. Busch Gardens reserves the right to refuse admission or ask anyone to leave who is not in compliance with these rules.

When asked to comment specifically on Rachel Holley's case, a park spokesperson offered the following statement:

"We are committed to fostering a safe, family atmosphere in our parks, including the dress code policy noted. One of the responsibilities of our security officers is to determine the appropriateness of guest attire and considering potentially offensive pictures or words printed on clothing is a major factor in their assessment. We are looking into this situation and have been in contact with the guest."

Holley confirmed she had been in contact with park security who told her they were investigating her concerns.

"If I do go back to the park, I'm definitely going to think about what I'm going to wear," she conceded. "I don't want to through that again."