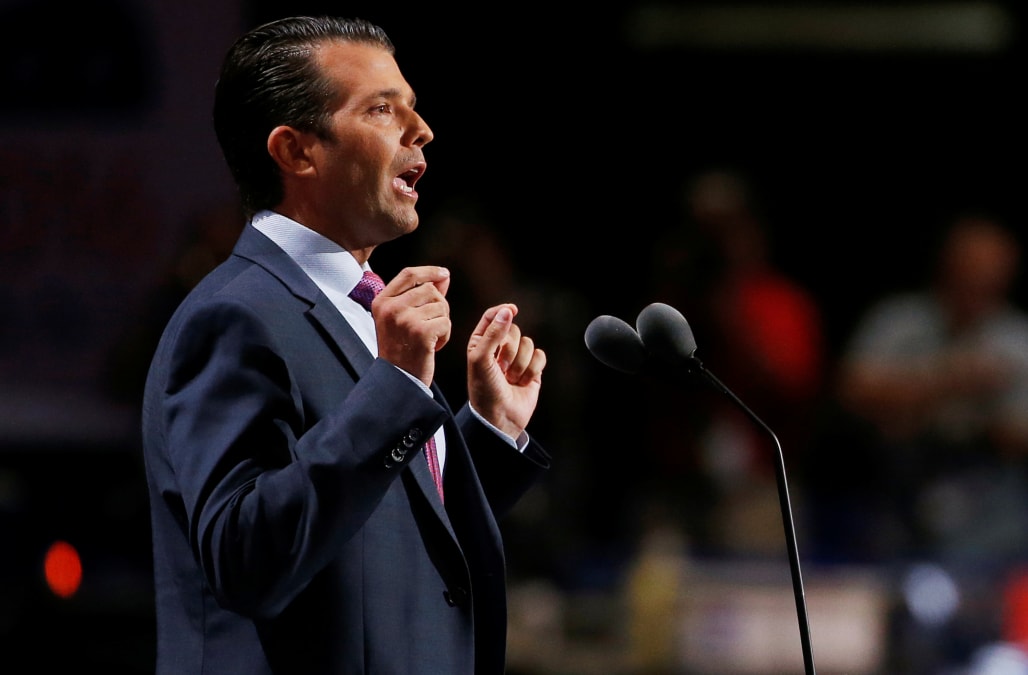 The publication notes that while Trump Jr. has garnered national spotlight as a result of his father, President Trump, he "still relishes the quiet of his lifelong loves of hunting and fishing."

And given the increased attention on business dealings by the Trump Organization, a source in his circle told People, "Don can't do any deals, because he'll be overly scrutinized. He just goes to work every day and is miserable."

The magazine also quotes an insider as saying that Trump Jr. "can't wait for these four years to be over" even though he, along with other family members, remain fiercely loyal to the president.

Trump Jr. became one of the central characters in the Russia story after recent revelations that he met with a Russian lawyer to acquire potentially damaging information on Hillary Clinton during the 2016 presidential campaign.

President Trump has defended his son on multiple occasions, minimizing the significance of that meeting.

"I think from a practical standpoint, most people would have taken that meeting. It's called opposition research," Trump said during a press conference on July 13. "That's very standard in politics. Politics is not the nicest business in the world, but it's very standard where they have information and you take the information."

Furthermore, the president tweeted Monday, "Most politicians would have gone to a meeting like the one Don jr attended in order to get info on an opponent. That's politics!"

Trump Jr. also tweeted on the controversy last week, "Obviously I'm the first person on a campaign to ever take a meeting to hear info about an opponent...went nowhere but had to listen."