Insider claims Kamala Harris is 'absolutely going to run' in 2020 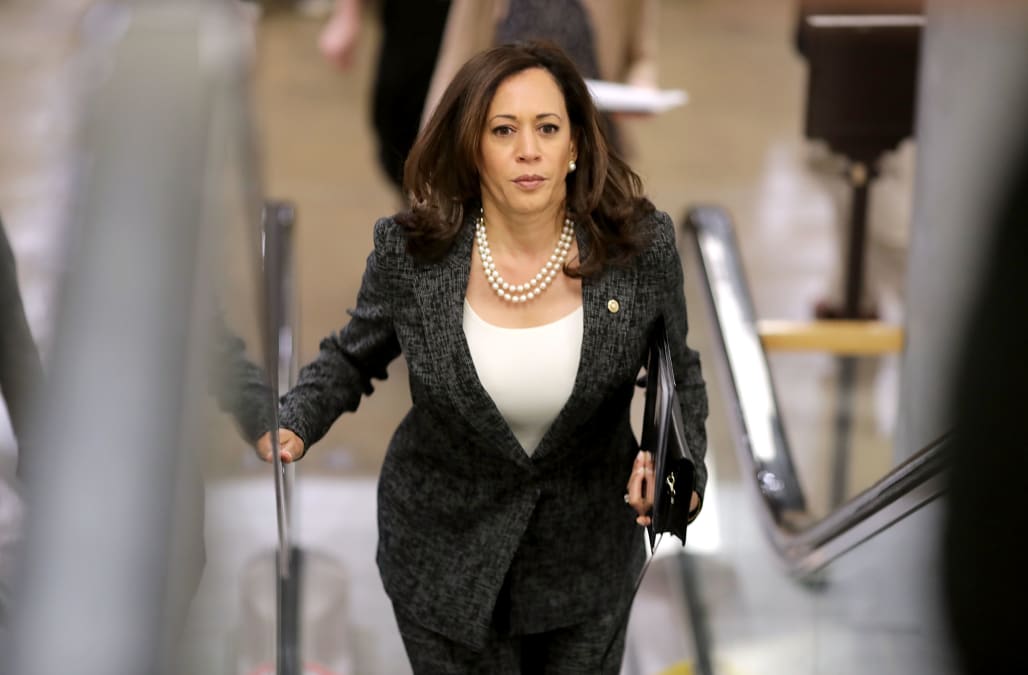 California Senator Kamala Harris is once again being mentioned as a top Democratic contender for the 2020 presidential election, with one insider quoted as saying recently, "She's running for president. Take it to the bank. She's absolutely going to run."

The comment comes on the heels of her attendance at a high-profile Hamptons event, reports The Hill.

It was hosted by Michael Kempner, whom the International Business Timesdescribes as "a lead fundraiser for the presidential campaigns of both Clinton and Barack Obama."

Several other wealthy donors with a track record of making large contributions to the party's top candidates were also reportedly in attendance.

There has been persistent speculation about a possible run from Harris, given her background, her political victories as a former Attorney General of California and now U.S. senator, and her strong fundraising ability.

And Harris has only continued to raise her profile by speaking out against President Trump and asking tough questions during Attorney General Jeff Sessions' Senate Intelligence Committee hearing.

Nevertheless, she has dismissed talk about 2020 in the past; when the Los Angeles Times' Patt Morrison asked her about running for the top job a few months ago, Harris said, "I don't know why my name is in that context. I'm focused on being the junior senator from California..."

More from AOL.com:
Bernie Sanders hasn't taken challenging Trump in 2020 off the table
1 in 4 voters may not vote in 2018 midterms because of cybersecurity concerns
Kid Rock hints online he will run for US Senate