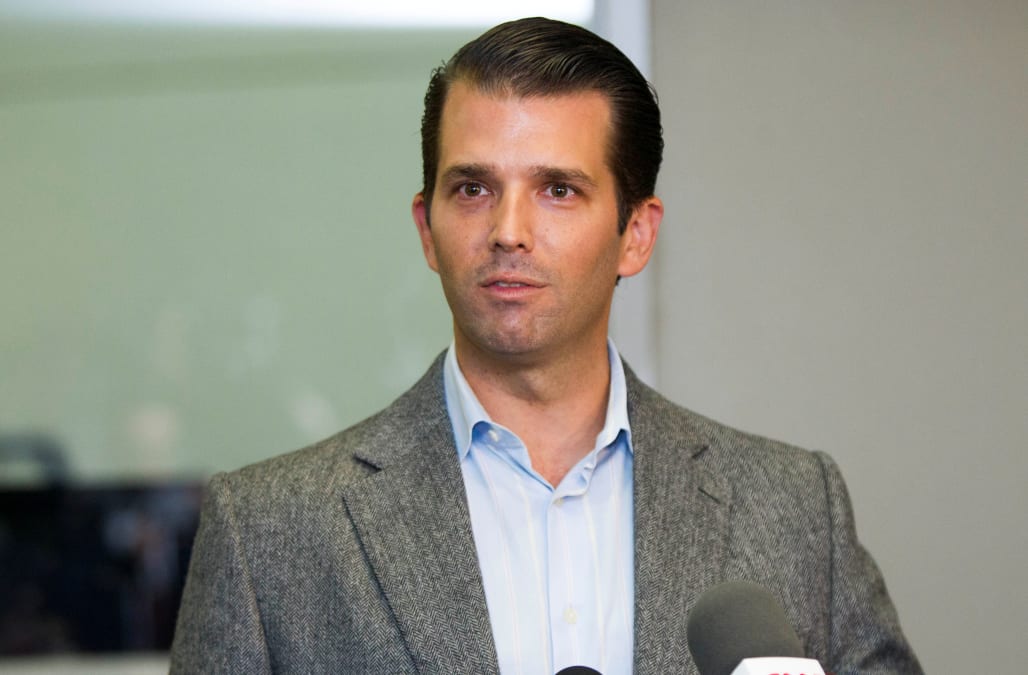 The first son's controversial meeting has dominated headlines, with many people thinking the meeting is a sign of collusion, according to a new AOL News survey.

The poll finds 55 percent said Trump Jr.'s meeting with a Russian government lawyer signals collusion between the Kremlin and the Trump campaign. Meanwhile, 41 percent of respondents said the meeting did not signal collusion between the Russian government and Donald Trump's presidential campaign. Another four percent of respondents said they weren't sure.

The 39-year-old agreed to the meeting in an effort to gather incriminating information on his father's Democratic rival Hillary Clinton. Trump Jr. posted a series of emails between him and publicist Rob Goldstone, who arranged the meeting.

The possibility of collusion between the Kremlin and Trump's Republican presidential campaign was again thrust into the national spotlight. According to Reuters, U.S. intelligence agencies have concluded that Moscow sought to hurt Clinton and help Trump in the 2016 presidential election.

"This is obviously very high level and sensitive information but is part of Russia and its government's support for Mr. Trump," read an email Trump Jr. posted to Twitter last week.

"If it's what you say I love it," Trump Jr. replied in part.

Both Democrats and Republicans used Trump Jr.'s revelation of the meeting as further evidence that Russia's interference in the 2016 election deserves a larger platform.

(Reuters contributed to this report)