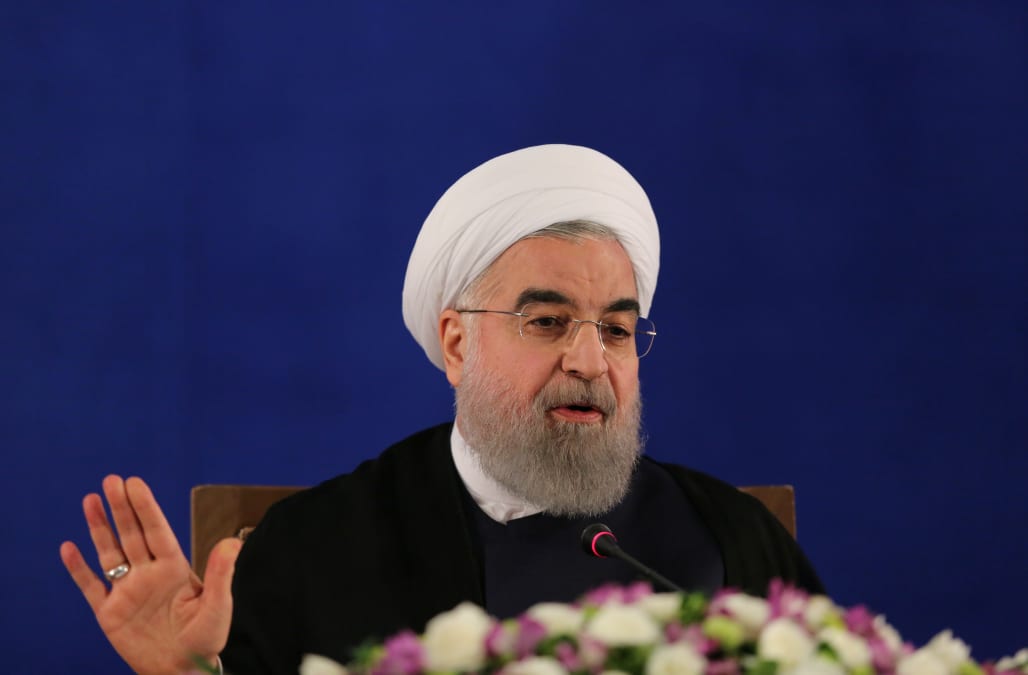 The Trump administration slapped the new sanctions on Iran on Tuesday over its ballistic missile program and said Tehran's "malign activities" in the Middle East undercut any "positive contributions" coming from the 2015 Iran nuclear accord.

"Some of the actions of the Americans are against the spirit and even the letter of the (nuclear accord). We shall resist these plans and actions," Iranian state television quoted Rouhani as saying.

"One of the plots of the Americans is to act in such a way that would make Iran say that it is not following its commitments... I think the Americans will fail as we will always respect our international commitments," Rouhani said.

Iran's parliament agreed on Tuesday to discuss measures, including increased funding for the missile program, as retaliation for the new U.S. sanctions, state media reported.

The U.S. measures signal that the administration of President Donald Trump is seeking to put more pressure on Iran while keeping in place the agreement between Tehran and six world powers to curb its nuclear program in return for lifting international oil and financial sanctions.

The U.S. government said it was targeting 18 entities and people for supporting what it said was "illicit Iranian actors or transnational criminal activity." (Reporting by Dubai newsroom; Editing by Gareth Jones)