'He wants to remain senator, doesn't he?': Trump singles out GOP senator sitting next to him on healthcare bill opposition 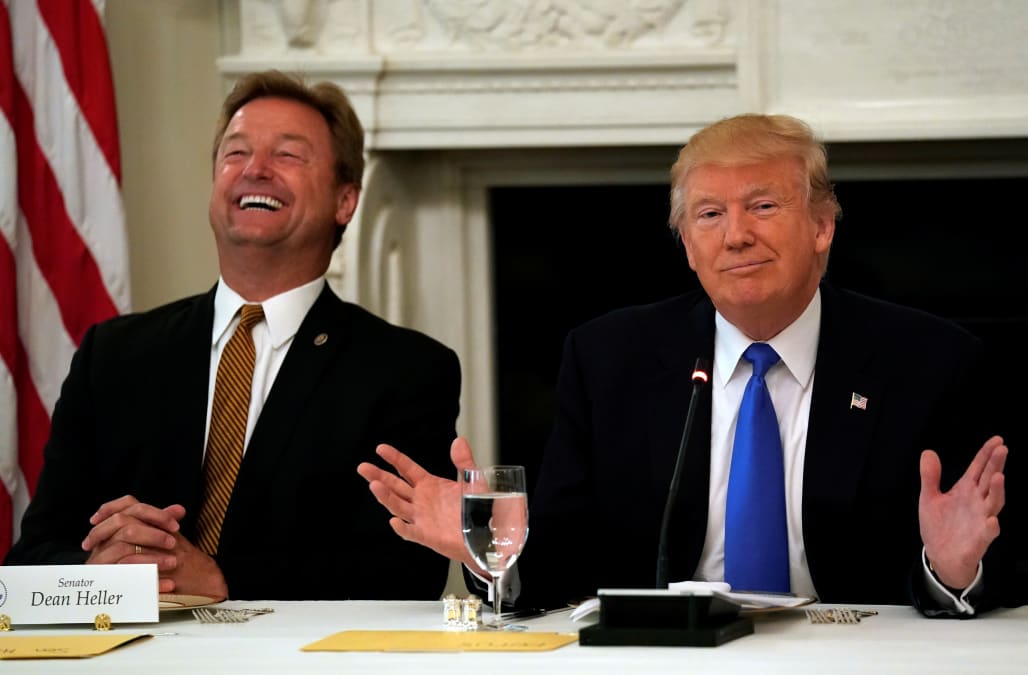 President Donald Trump on Wednesday singled out one of the most vulnerable Senate Republicans for his opposition to the GOP health care bill.

Speaking at a White House lunch with nearly every GOP senator in attendance, Trump questioned whether Sen. Dean Heller of Nevada even wanted to be in Congress anymore.

"This was the one we were worried about," Trump said, motioning to Heller, who was seated next to him. "You weren't there, but you're going to be."

After a pause for laughter, Trump continued: "Look, he wants to remain a senator doesn't he?"

Heller expressed concerns immediately after the release of the bill, the Better Care Reconciliation Act (BCRA), over proposed cuts to the Affordable Care Act's Medicaid expansion. He went on to oppose the legislation.

"There isn't anything in this bill that would lower premiums," Heller said at a press conference the day after the bill was released.

Nevada's popular Republican Gov. Brian Sandoval has also been steadfastly against the BCRA.

Heller was the target of a pro-Trump group's ads in Nevada for his position against the bill. The ads were only pulled after Senate Majority Leader Mitch McConnell complained to the White House. Heller joked them off at the last all-member luncheon with Trump.

The ads were seen as a blunder amid a generally ineffective campaign from the White House.

NOW WATCH: ABC calls out Kellyanne Conway over Trump Jr.'s meeting with a Russian lawyer after previously denying any contact with Russians