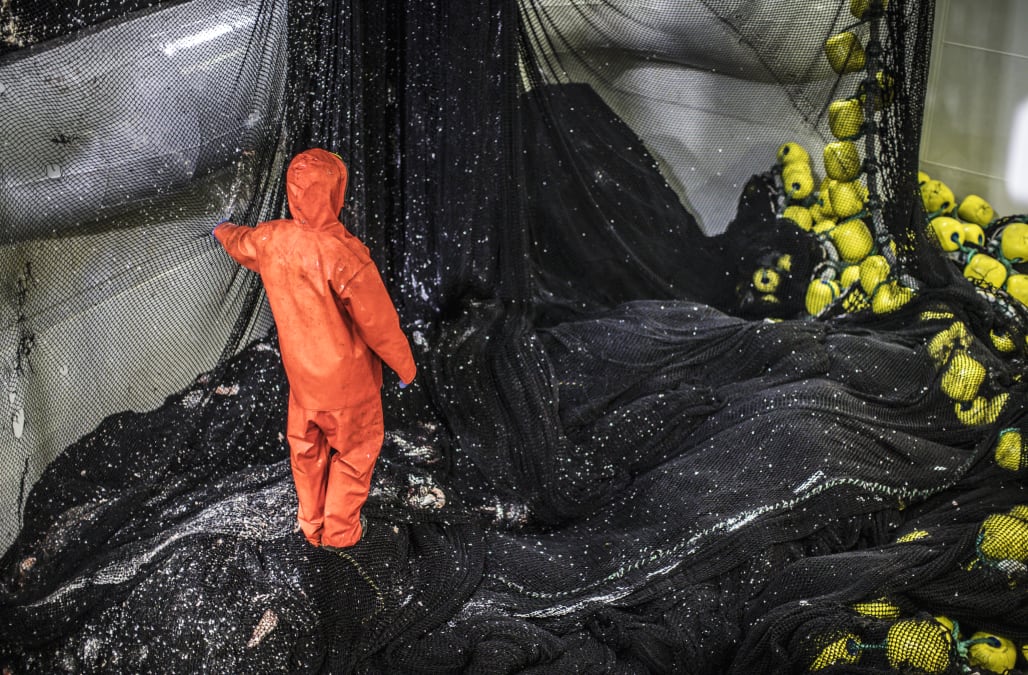 Lightning struck twice for the crew of the trawler ship Cú na Mara. On Tuesday, they caught their second rare giant squid in the waters off the Dingle coast in Ireland, two months after their first.

The Cú na Mara had been trawling the area where they had found their first giant squid when they landed their surprise second.

The sea monster was 18 feet from top to longest tentacle— 2 feet shorter than the first squid the crew caught in May.

"When we opened the net we couldn't believe it, that it was another one," said the captain of the Cú na Mara, Patrick Flannery, in an interview with RTE. "The lads were very excited. What are the chances of two in the one year?"

Another Giant Squid landed in Dingle. Only 7th recorded in Ireland in 350 years. Amazingly 4 have been caught by Flannery family! @rtenewspic.twitter.com/1gWBYZr045

The crew's giant squid landing in May was the first in Dingle in 22 years.

"Only seven have been recorded [in Dingle] since records began almost 350 years ago," said Marine Biologist Dr. Kevin Flannery. "The very first giant squid recorded in Ireland was also landed in Dingle, when fishermen brought one ashore in 1673."

The elusive giant squid has been the subject of sea lore throughout history. The ancient Norse legend of a sea monster called the Kraken told of a tentacled beast with the power to capsize ships and drag fishermen to their water graves. It's now widely accepted that the tales originated from sightings of humongous giant squids.

Like many myths, the gory details of these accounts are likely to be untrue. However, it's difficult to know how these giant sea monsters live and behave. Sightings of this deep-ocean dwelling animal are extremely rare. The largest giant squid on record was 59 feet in length and weighed almost a ton.

The Cú na Mara's latest catch is an exciting achievement as each giant squid landing presents a scientists with the opportunity to learn more about this mysterious creature of the deep.

More from AOL.com:
Surgeon removes 27 missing contact lenses from woman's eye
Father of the bride struck by lightning while delivering wedding toast
Bought for $115, a WWII Enigma machine sells for $51,000