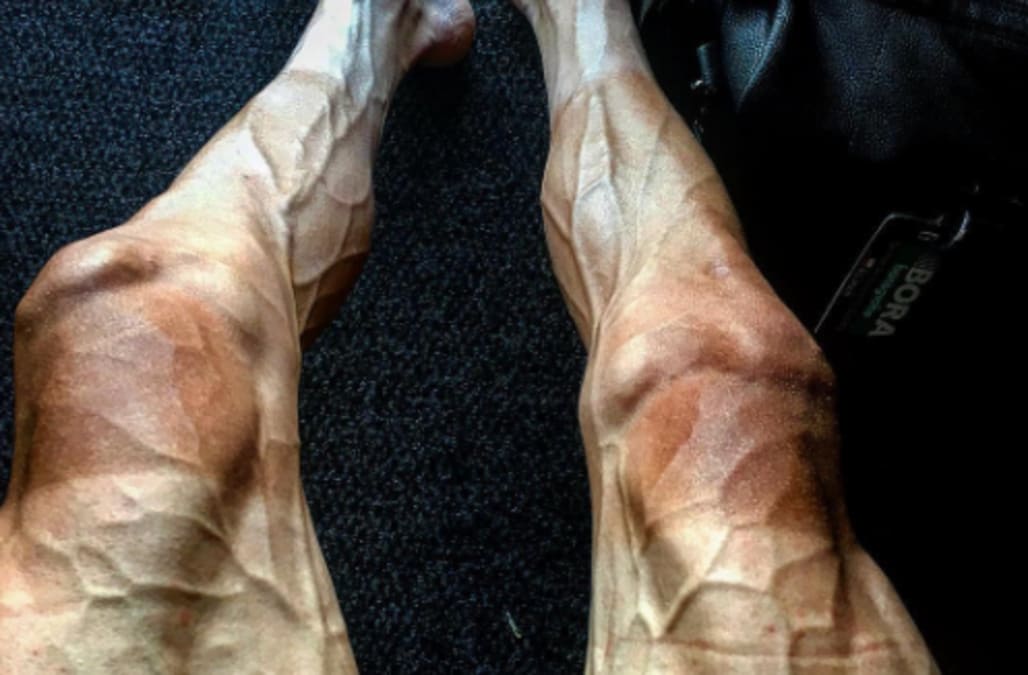 It's no shock that the Tour de France is one of the most grueling sporting competitions in the world.

While we're accustomed to seeing the champions don the yellow jersey at the end of the race, we're not so familiar with the punishing physical effects that the Tour can have on a cyclist's body.

Enter Polish cyclist Pawel Poljanski, who shared his veiny and sunburnt legs on Instagram on Tuesday. Yeah, it's pretty freaky.

Poljanski is part of German team Bora-Hansgrohe, and is ranked 75th in the general classification after the 16th stage of the Tour, which was between Le Puy-en-Velay and Romans-sur-Isère.

It's not the first time riders have posted the effects of the race, with Chris Froome of Team Sky sharing his veiny pins in 2014.

Unfortunately for Poljanski, he'll have to wait another five days to rest his legs, when the Tour finishes up in Paris.

WATCH: Pickpockets beware! This smart wallet will take a photo if stolen