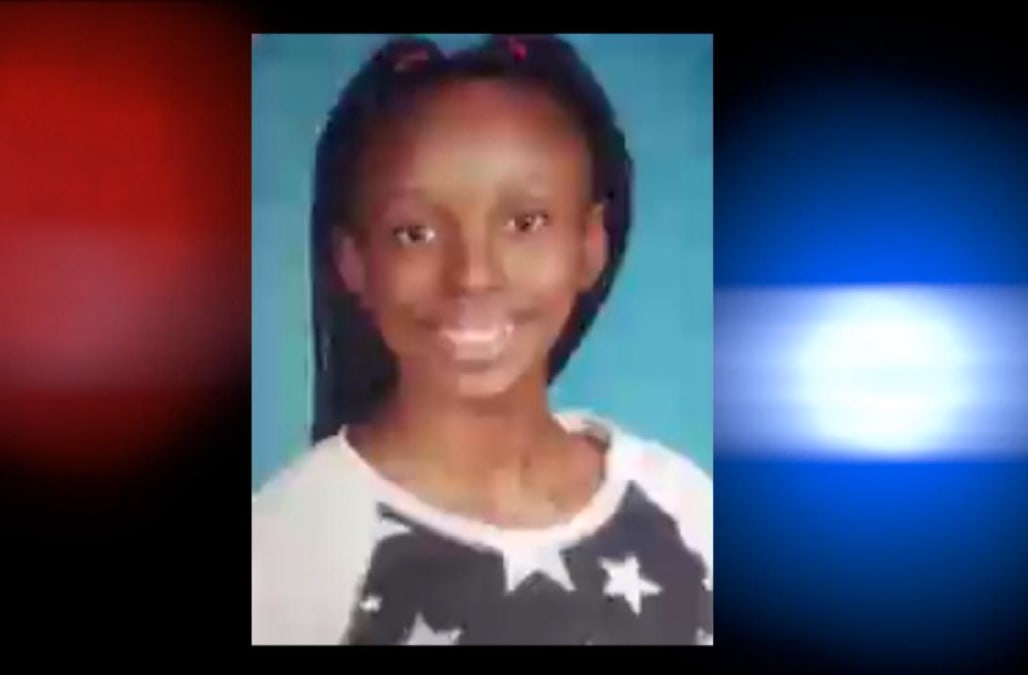 Authorities have determined what killed the 11-year-old girl whose body was found a day after she vanished from her New Jersey apartment, as her family struggles to cope with their loss.

Investigators found the fifth-grader's body wrapped in a blanket and dumped on a roof at the Hancock Arms Apartments in Keansburg Thursday, 15 hours after she disappeared from the apartment she shared with her mother.

"We were really hopeful that we would find her," Monmouth County Prosecutor Christopher Gramiccioni told reporters. "It's a punch in the gut for all of us here in the community, especially in law enforcement."

Abbie's upstairs neighbor, 18-year-old Andreas Erazo, was arrested hours after her body was found. He was charged Friday with first-degree murder and illegal weapons possession, and will appear in court for a detention hearing on July 26.

"You killed my daughter!" Abbie's devastated mother shouted at Erazo during his initial court appearance, CBS reported. "I hope you rot in jail. My one and only daughter — you took away from me. You need to rot in jail!"

Read: Neighbor, 18, Arrested in Killing of Girl, 11, Who Was Found Dead Hours After She Vanished

Meanwhile, loved ones are struggling to make peace with her killing, including her Jamaican father, who said he's trying to figure out how he will make it to the United States in time.

"I want to see my daughter for the last time, please, one last time before she goes down into the earth," Kenroy Smith, 50, told the New York Daily News before breaking down in tears.

Smith was deported from the U.S. in 2001, but his family was working with an attorney to see what could be done to allow him to return to bury his daughter.

A wake for Abbie will be held Sunday, with a mass and burial Monday.

Friends, family and others wishing to extend their condolences were invited to attend the visitation, which will be held from 2-6 p.m. at the Jacqueline M. Ryan Home for Funerals.

Abbie's death hit Keansburg hard, as those in the community grappled with the senseless and violent death of the bubbly little girl.

"The entire community's heart breaks along with you... sending prayers and love to your sweet baby girl and your entire family," Debbie Puccio wrote.

The killing has left others with a need to do something, including Bob Meyer, the owner of Renzo Gracie Martial Arts Academy, who is offering free self-defense classes to children and teens through the end of the month.

Kids ages 4 through 14 will learn how to grab attackers and defend themselves if they are on the ground, he said. The Keansburg Police Department will also participate in a class.

Children will also learn practical safety tips, including the importance of knowing their phone number and address, why they should tell friends and family when they go out, as well as the value of establishing a "safe word" with family," he said.

Abbie's father also urged children to be careful in the wake of his daughter's death, writing on Facebook: "Remember, you see a man's face but you don't see his heart... please be vigilant and please be safe out there."