Burglar breaks out of auto body shop after getting trapped inside 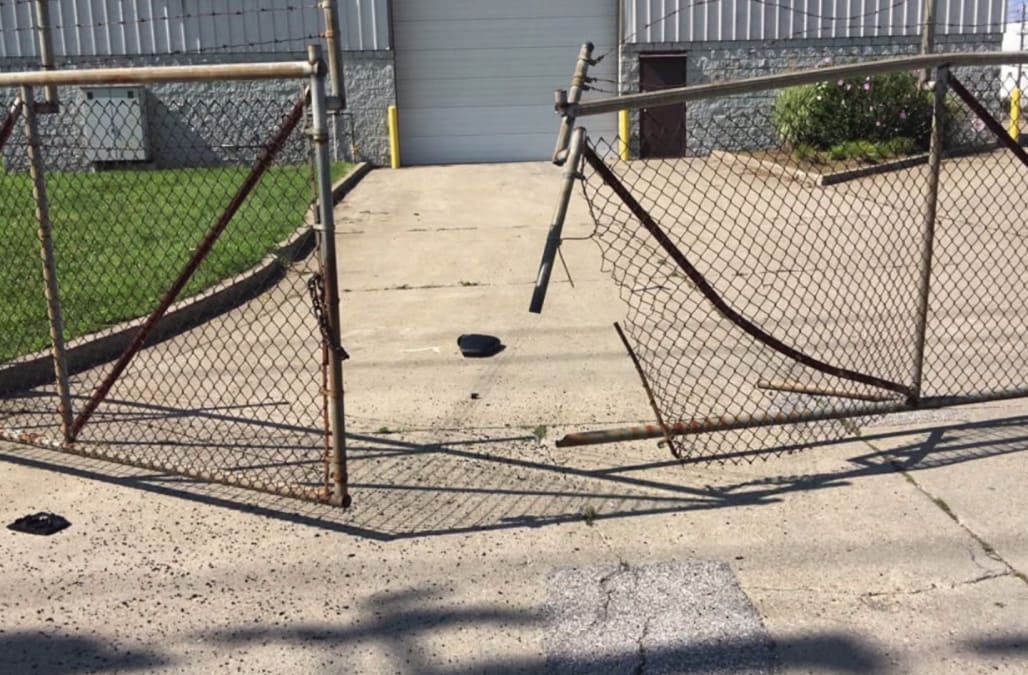 INDIANAPOLIS, Ind. (WTTV) - A break-in suddenly became a break-out as a burglary suspect apparently realized he was locked inside an auto body shop on the southwest side of Indianapolis.

Tom Rogers, owner of Truck Painting Specialists, Inc, says the crime started shortly before 5 p.m. Friday when a man was able to walk through a wooded area onto his lot. Surveillance video at the business shows the man walking around different parts of the property, apparently looking for car parts to steal.

RELATED: Burglar steals van to break out of auto body shop after getting locked in

"He definitely needed to get some money somehow," Rogers said. "Because he's breaking in between 4 and 5 o'clock in the afternoon, and not worried about getting caught at all."

The video shows the suspect starting to drive the stolen van around the property, apparently looking for an open gate to exit through.

"I don't think he thought the gate was going to be locked," Rogers said. "I think he was thinking he could just drive right out the front gate."

For several minutes, the suspect can be seen driving the van and walking to different areas of the lot, apparently realizing he was locked inside the property. Eventually, the van can be seen moving around toward the front of the business, where the suspect smashed the van through the front gate to make his escape.

Rogers says he learned of the incident the following afternoon when the stolen van was found abandoned near the intersection of Morris and Tibbs. It didn't take long for Rogers to piece together what had happened when he arrived to find the front gate smashed open from the inside.

"I knew immediately," Rogers said. "I mean, you knew from the way the gate was hit that it was run through."

The large van, which belongs to one of Rogers' clients, was in bad shape when it was brought back to the business. Several of the windshields were shattered and there were large dents and scrapes along both sides of the van. Based on the damage to the van, Rogers believes the suspect ran the van in reverse to smash through the gate.

The surveillance video does not provide a very clear look at the suspect, but Rogers hopes somebody will see the footage and recognize who it was. He also hopes local scrap yards will keep the case in mind if the man comes to them with two newly acquired catalytic converters.

"We hope the scrap yards will do the right thing and not let these guys turn them in," Rogers said.

The case has been reported to Indianapolis Metropolitan Police and is currently under investigation.