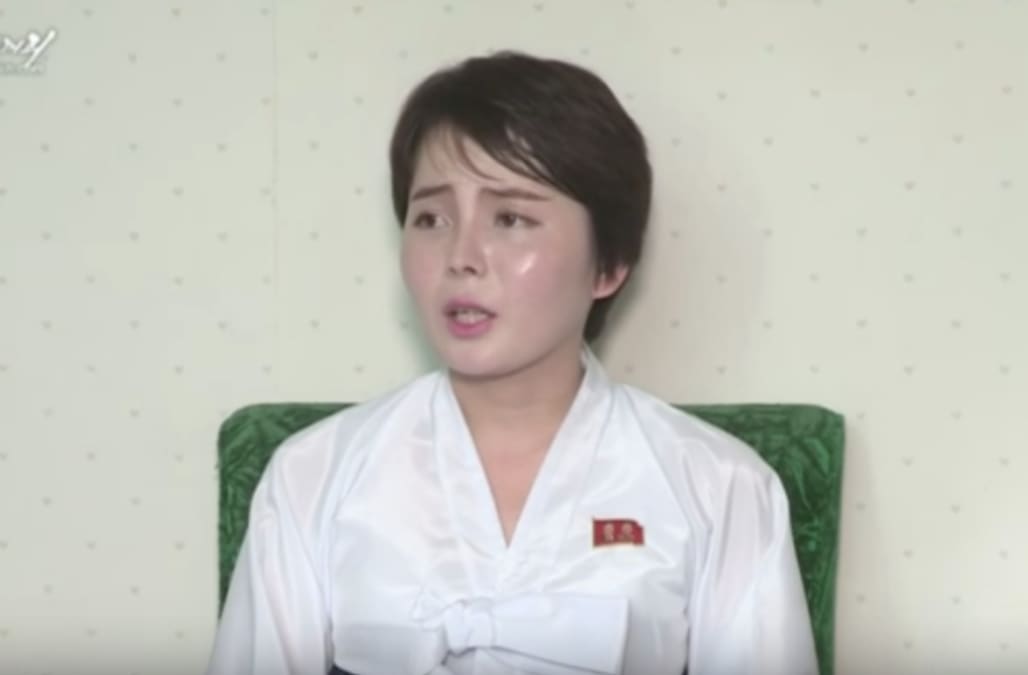 Lim Ji-hyun fled North Korea to make a life in China and later South Korea, where she gained some fame by appearing on a television show that featured defectors who left Pyongyang behind. Now she's surfaced on television again — this time on a North Korean program claiming she voluntarily returned to "the Mother Country" after becoming disillusioned with life outside her homeland. However, authorities are trying to find out if she genuinely did return on her own accord, or if she was kidnapped by Pyongyang as a warning to other defectors.

Appearing in a YouTube video, Lim denouncing South Korea as "hellish" and explained that she went only because she was "led by fantasy that I could eat well and make a lot of money." However, she claims she "was haunted by physical and psychological pain, although I worked my butt off at bars and other places." She came home in large part because she missed her family, who she is apparently living with once again. However, the BBC reports that as recently as April Lim had described her birthday this year as "possibly the happiest birthday of my life." It appeared she was well-adjusted to her post-Pyongyang existence and was happy.

From an early age, kids living outside the capital city of Pyongyang are made to work on North Korean farms. Forced labor accounts for a large portion of the country's economic output.

Some reports have stated that workers who don't comply can be sent to concentration camps as punishment.

In less developed regions, the trek to school can be fraught with construction projects and dangerous terrain. School buses, when villages have them, are often repurposed dump trucks.

For those without parents, life in North Korean orphanages can be especially brutal. Even the children who get adopted risk rejection later in life if their parents can't support themselves.

But money doesn't free a family from political obligations. Many still worship the country's leaders and make regular trips to the national monuments that honor them, children in tow.

Last June, Kim Jong Un organized a performance titled, "We Are the Happiest in the World" — a celebration of the 70th anniversary of the Korean Children's Union.

Indoctrination starts even earlier, however — sometimes in kindergarten. Young kids learn anti-American messages and use toy rifles and grenades to attack cartoon images of soldiers.

On International Children's Day, a mock military parade in the capital city of Pyongyang features kids dressed up as members of the North Korean army.

The conditions inside schools aren't always sanitary. One kindergarten is located inside the Kim Jong Suk Pyongyang textile mill.

But such is the nature of inequality in North Korea. Families that don't live in poverty can give their kids a better chance at fun, joy-filled upbringings.

For instance, some of the most high-achieving children train at the Mangyongdae Children's Palace, a facility that provides lessons in foreign languages, computing skills, and sports.

Some have described Mangyongdae as supremely strange. One visitor to an art class never saw the kids actually touch pen to paper, despite the professional-level illustrations presented before them.

Run by the Korean Youth Corps, Mangyongdae reportedly accommodates up to 5,400 children at a time in its massive concrete building.

Their performances are grandiose extensions of the North Korean cult of personality. Themes of honor and greatness are pervasive throughout.

During a performance for foreign journalists last May, for instance, many of the choral, dance, and acrobatic routines had heavy political undertones.

Nevertheless, coercion and fear-mongering come quickly in adulthood. People's childhood years may be their only opportunity to live somewhat care-free.

It only lasts a short while, but childhood may be the time when North Koreans have the most in common with the rest of the world.

It is sometimes hard for some of the thousands of North Korean defectors to adjust, and it isn't always easy for them to find work. But Lim seemed to have hit her stride. That's why her move is being investigated as a kidnapping, and some authorities are wondering if she might have disappeared after a trip to China, or if she was found near the North Korean border either trying to help family cross over. She may have been lured to either location by the promise of being able to help her parents and others.

Kidnappings of defectors and even foreign nationals by North Korea aren't exactly common but have been known to happen. One of the most famous instances was a Japanese couple, Kaoru Hasuike and his girlfriend, Yukiko Okudo, who were kidnapped while on a date and lived for years in a so-called "invitation-only zone," a suburb for others with knowledge of life outside North Korea. Seoul police are combing through Lim's financial and phone records to see if there is any evidence of what might have happened. In the meantime, there is little to go on besides Lim's wane face in the YouTube video and the knowledge that, over several decades, just 25 defectors out of thousands have voluntarily returned to North Korea.