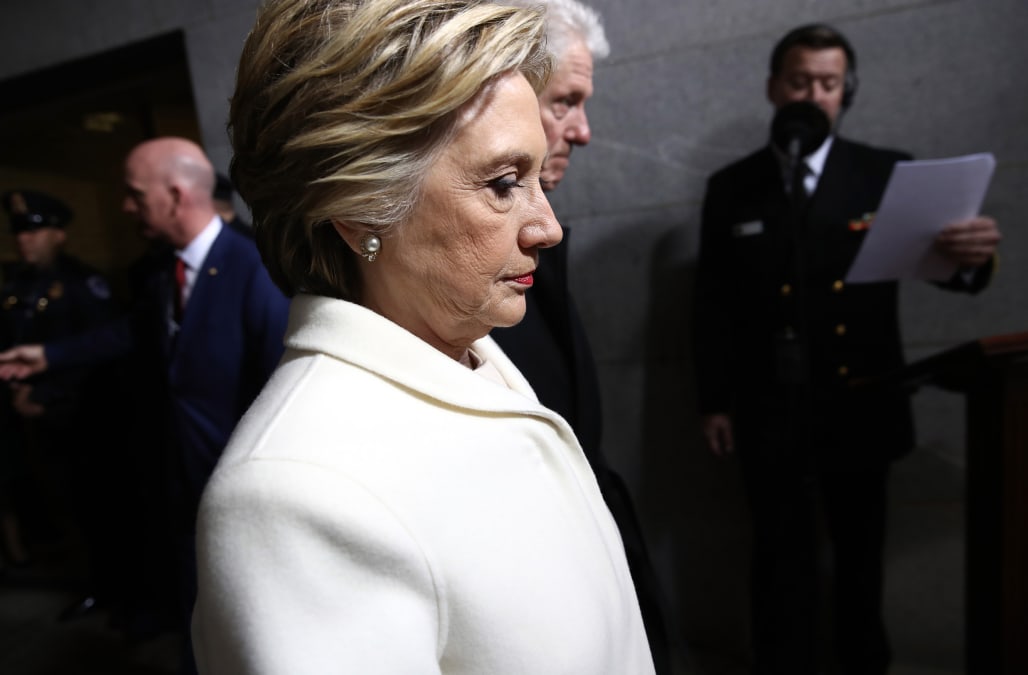 Kansas Secretary of State Kris Kobach, the vice-chair of President Donald Trump's commission to investigate voter fraud, told MSNBC on Wednesday that "we may never know" if Hillary Clinton won the popular vote in the 2016 presidential election.

Clinton won the popular vote by nearly 3 million votes. But President Donald Trump has attempted to cast doubt on the validity of some of the votes cast for Clinton, although he has not produced any evidence that millions of tallies were fraudulently cast.

The voter fraud commission, which is chaired by Vice President Mike Pence, was tasked with investigating and researching such claims.

During an interview with MSNBC's Katy Tur, Kobach was asked if he believes that Clinton won the popular vote.

Reactions to a potential Hillary Clinton mayoral run
Voters know "that dog don't hunt": 58% of likely New York City voters don't want Hillary Clinton to run for mayor https://t.co/3GcGcwJ7q8
@JessieJaneDuff @DanSlezak2 She should run, because she is good at losing.
Mayor Hillary Clinton wouldn't let this happen. Please do not @ me. https://t.co/C8ARAa4zCF
Do you support if hillary clinton run for #mayor of New York City ?? #newyorkcity #Hillary #clinton
@POLLiticss @sofinique Absolutely not why would we more corruption than we already have!!
@thehill yea maybe 2089. https://t.co/9RTRJtzmX7
@thehill I hope not. i voted for her but she should retire from politics. time to move on.
Up Next

Tur then pressed Kobach on whether it was the popular vote tally in the 2016 election that led to Trump wanting to form the commission he sits on.

"That is not the reason the commission exists," he said. "It's not to justify, to validate or invalidate what the president said in December or January about the 2016 election. The commission is to look at the facts as they are, and go where the facts lead us on voter fraud and threats to the integrity of our elections."

The MSNBC host kept pushing Kobach on whether he really believes "we may never know" if Clinton won the popular vote. He explained his rationale.

"What I'm saying is let's suppose that the commission determined that a certain number of voters by ineligible voters," he said. "You still won't know whether those people who were ineligible voted for Trump or for Clinton or for somebody else. So it's impossible to know exactly if you took out all the ineligible votes, what the final tally would be in that election."

By that logic, he admitted that some of Trump's total votes would likely be affected.

Kobach was speaking with MSNBC following the conclusion of the commission's first meeting, which was live-streamed in its entirety by the White House. Members of the commission provided opening statements and discussed issues related to election integrity, including a conversation related to cybersecurity, which stemmed from allegations of Russian meddling in the 2016 election process.

Some fear that the commission's true purpose is to suppress liberal-leaning, minority votes.

SEE ALSO: A group of House Democrats is setting its sights on Ivanka Trump's security clearance