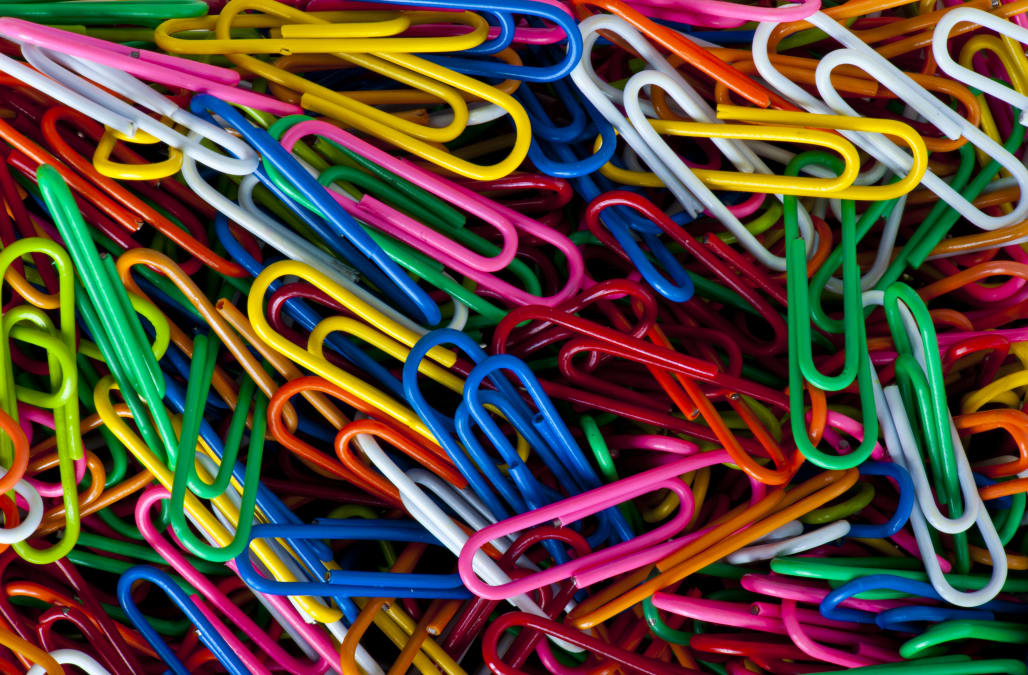 Some things are so timeless, recognizable, and intuitive that it doesn't make any sense to try to improve them.

Business Insider spoke with multiple designers, including Peter Rohles, an industrial designer at the software company solidThinking, and Dan Formosa, a former designer at OXO, to get a sense of which products are at or approaching perfection.

Here are the products that don't need any second thoughts.

Paperclip — Three turns in a piece of wire is all you need to properly secure a stack of paper.

Bic ballpoint pen — The product is cheap while still being durable and reliable, Rohles says.

Fiskars scissors — The Finnish consumer goods company has been around since 1649, and their classic orange scissors since 1967. The only slight tweaks have been made to add comfort and increase the quality of the steel blades.

OXO double-bladed cheese grater — Formosa says his favorite grater slices both ways, since the blades face up and down, resulting in twice the grating power.

Swingline stapler — A solid, weighty feel combined with a timeless look. "It's the Cadillac of staplers," Rohles said.

Soda can tab — The modern soda can tab emerged in the mid-1980s to replace pull-away tabs, which users remove from the can entirely. The new tab's complex physics are widely considered a feat of design genius.

Dixon Ticonderoga No. 2 pencil — The iconic yellow-and-green implement offers the best writing (and erasing) experience you'll find from a pencil.

Post-It notes — An accident when it was invented, the Post-It, the no-frills combination of adhesive and a square piece of paper, still has no peers.

Colt M1911 pistol — Just about every modern handgun was inspired by the Colt M1911 in both functionality and aesthetic. It is the gold standard.

KitchenAid mixer — The strength and beauty of the retro chic mixer has kept it in every serious baker's kitchen since it was unveiled in 1919.

Jeep Wrangler — "It's a strong-looking vehicle," Rohles said. "When people think of a car they'd go off-roading in, it's usually a Hummer or a Jeep."

Eames lounge chair — Instant recognition is usually a good sign in design. The combination of leather and wood is what make the product so striking, Rohles says.

Maglite flashlight — Never has there been a more durable, sturdy flashlight, Rohles says. It is the standard by which other flashlights are judged.

ChapStick — "The shape hasn't changed in so long," Rohles said. And given its simple, effective construction, it doesn't need to.

Razor — Since the switch from straight razors, the way we shave hasn't changed in decades, Rohles says, even if companies market new products as innovative.

(Photo by Shiho Fukada/Bloomberg via Getty Images)
Up Next

SEE ALSO: Why there's no reason for most people to spend over $1,000 on a laptop