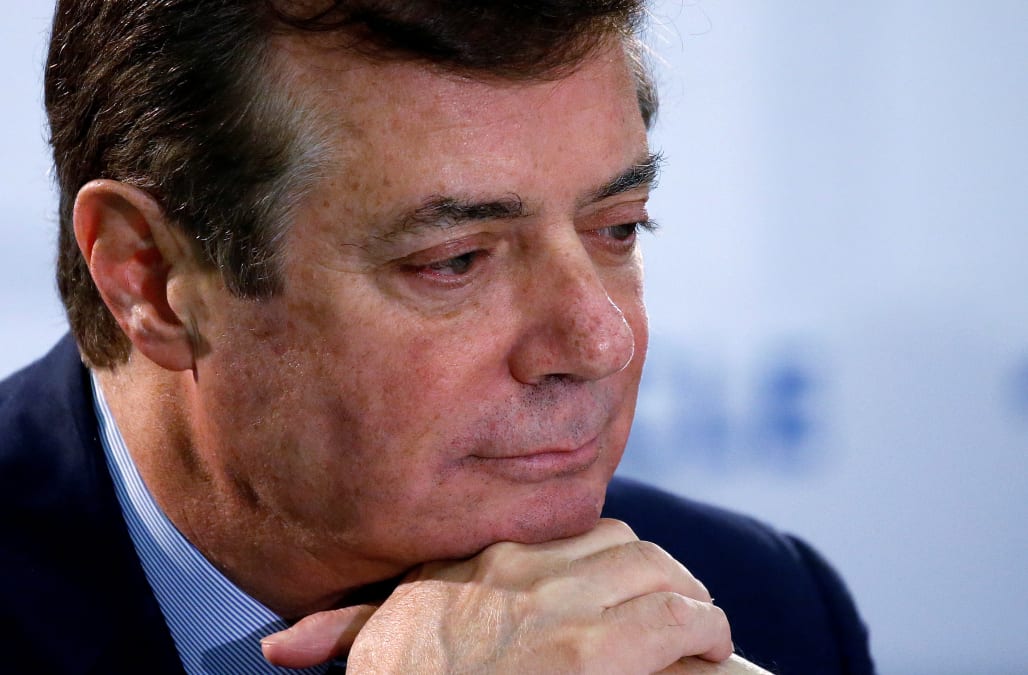 A new book details the inside story of the fight that reportedly led President Donald Trump to oust Paul Manafort, who served as chairman and, for a time, manager of his campaign.

The book, "Devil's Bargain" by Bloomberg Businessweek correspondent Joshua Green, was previewed in the Daily Mail on Monday.

The book alleges that it was a New York Times article that finally prompted Manafort's removal from the Trump campaign.

The article noted that Trump's aides used TV appearances to get their messages across to him because they found that more effective than communicating face-to-face.

When everybody was assembled, Trump reportedly shouted at Manafort, "How can anybody allow an article that says your campaign is all f---ed up?"

"You think you've gotta go on TV to talk to me? You treat me like a baby!" Trump added, according to Green's account of the meeting.

"Am I like a baby to you? I sit there like a little baby and watch TV and you talk to me? Am I a f---ing baby, Paul?" Trump reportedly continued.

The room then "fell silent," according to the book.

A second Times article the following day appeared to seal Manafort's fate. The report, citing a secret ledger, said Manafort had been paid millions by Ukraine's pro-Russia party. Manafort has a long history of working as a consultant to former Ukrainian President Viktor Yanukovych, who was ousted in 2014 and is currently exiled in Russia.

Green's book reports that aides saw the Times report as the "kill shot" that determined Manafort would be forced out.

Indeed, when Trump's son-in-law Jared Kushner came back from his vacation later that week, he reportedly told Manafort, "We've really got a problem here. You're going to have to step down."

Manafort said that if he stepped down, it would "look like I'm guilty," according to Green's account.

It "would be helpful if you stepped down," Kushner reportedly said in response.

"Yes, but I can't do that," Manafort reportedly responded.

It was at that point, the book said, that Kushner made his point clear. "We're putting out a press release at 9 a.m. that says you've resigned," Kushner reportedly said. "That's in 30 seconds."

Manafort resigned on August 19 of last year, opening the door for Kellyanne Conway and Steve Bannon to take over spearheading the campaign.