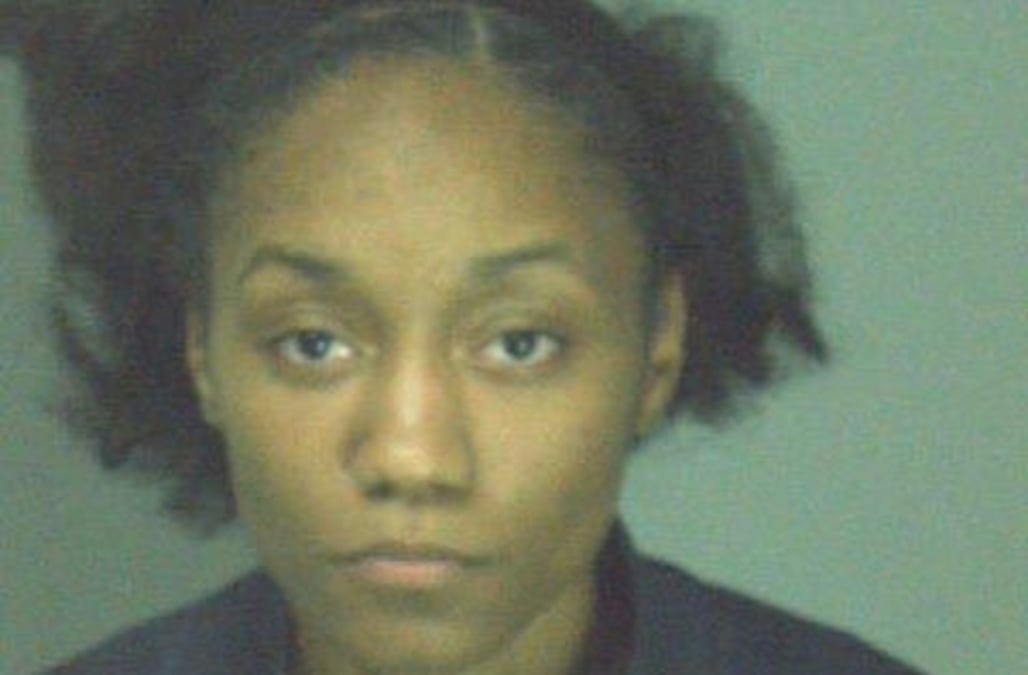 (Reuters) - A 25-year-old South Carolina woman was in jail on Tuesday on a murder charge for the death of her 13-month-old daughter, who police said she left in a car last month while she went to a hair salon in suburban Atlanta.

The mother, DiJanelle Fowler, kept the car running with the air conditioning on, but the car's battery died while she was inside the beauty shop in Tucker, Georgia, on June 15, said DeKalb County Police spokeswoman Shiera Campbell.

Police believe Skylar Fowler was dead by the time her mother returned to the car a few hours later, Campbell said.

Suspects arrested in connection with hot car crimes
Justin Ross Harris, who prosecutors said intentionally left his 22-month-old son strapped inside a hot car to die because he wanted to live a child-free life, sits in Cobb County Magistrate Court in Marietta, Georgia, U.S. on July 3, 2014. REUTERS/Kelly Huff /Pool
DiJanelle Fowler is shown in this DeKalb County Police photo released in DeKalb County, Georgia, U.S., July 18, 2017. Courtesy DeKalb County Police/Handout via REUTERS ATTENTION EDITORS - THIS IMAGE WAS PROVIDED BY A THIRD PARTY.
Cynthia Marie Randolph, 24, arrested in connection with the deaths of her two young children after the children died in the car from heat exposure, seen in undated booking photo received by Parker County Sheriff's Office in Weatherford, Texas U.S., on June 24, 2017. Parker County Sheriff's Office/Handout via REUTERS ATTENTION EDITORS - THIS IMAGE WAS PROVIDED BY A THIRD PARTY. NO RESALES. NO ARCHIVES. THIS PICTURE WAS PROCESSED BY REUTERS TO ENHANCE QUALITY. AN UNPROCESSED VERSION HAS BEEN PROVIDED SEPARATELY
Parents charged in the death of 11-month-old daughter who was left in a hot car for hours https://t.co/Eau5rVth8w
Texas mom Amanda Hawkins, 19, accused of intentionally leaving 2 young daughters in hot car. The girls later died:… https://t.co/UW71JwuyWR
PREVIOUS ARREST: Kyandrea Thomas was arrested back in 2009, charged with negligent homicide after leaving a 3-year-… https://t.co/udH2hqKBdx
Asa North's mugshot. Carrollton PD say he left his twin toddler girls in hot car, both died #fox5atl @GoodDayAtlanta https://t.co/TSmwqsZ55I
Police ID suspects in hot car death of baby; Jose Garcia & Monique Avila face one charge of felony child abuse… https://t.co/UkoWmKLPbR
23 Y/O Brandi Leigh Guggino was arrested after she left her infant daughter in a hot car at the Hillsborough County… https://t.co/XCKTVRTu4y

21 yr old Rachael Etienne accused of leaving 3 yr old child unattended in car at noon today outside the jail. Faces… https://t.co/lRQU8eyqTV
A woman was arrested after she allegedly left her two babies inside an SUV for at least a half hour while she appar… https://t.co/X35sZZBaKw
Up Next

"Instead of calling 911, she called roadside assistance to get her battery jumped," Campbell said in a phone interview.

Fowler concealed the baby from the person who helped restart her car, then went to a hospital and called 911, Campbell said.

The mother told police she herself had passed out from some sort of medical condition, Campbell said. But the child's condition indicated she had died sooner than the time Fowler suggested, the police spokeswoman said.

The high temperature in DeKalb County that day was 92 degrees Fahrenheit at 5 p.m., according to the National Weather Service.

Fowler left the area after her daughter's death. She was arrested late on Monday after turning herself in to DeKalb County Police, who had been searching for her, Campbell said.

In addition to the second-degree murder charge, she also is charged with second-degree cruelty to children and concealing a death, jail records show. Court records did not show whether Fowler had hired a lawyer.