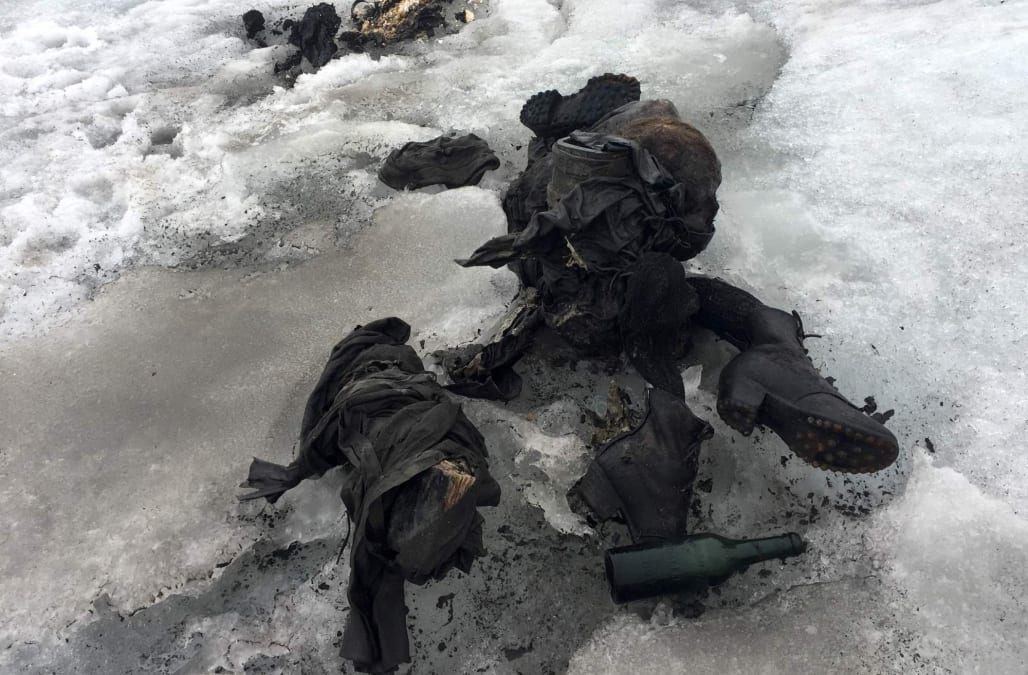 The bodies of a married couple who disappeared 75 years ago were discovered underneath a melting glacier by an employee at Les Diablerets ski resort in southern Switzerland on Thursday.

The frozen corpses were found lying close to each other, with backpacks, a bottle, a book and a watch scattered around them, according to Valais police.

WARNING: This photo may be disturbing to some readers: 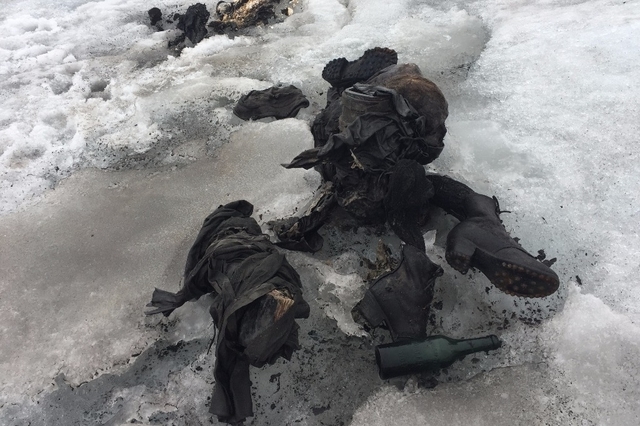 The perfectly-preserved couple, dressed in World War II-era clothing, were reportedly identified as Marcelin and Francine Dumoulin, who went missing on August 15, 1942, after venturing out to tend to their cows in the canton of Valais.

The Dumoulins had seven children, the youngest of whom, Marceline Udry-Dumoulin, became an orphan at the tender age of four.

"We spent our whole lives looking for them, without stopping," Udry-Dumoulin, now 79 years old, told newspaper Le Matin. "We thought that we could give them the funeral they deserved one day."

Udry-Dumoulin added that she plans to wear white to her parents' funeral instead of traditional black.

"I think that white would be more appropriate," she told the outlet. "It represents hope, which I never lost."

More from AOL.com:
This is why a humid day feels so hot
Study: Even 'limited nuclear war' could cause catastrophic climate change
Scientists warn 'catastrophic iceberg collapse' could cause a rise in sea levels