White House blasts ethics chief on his way out the door 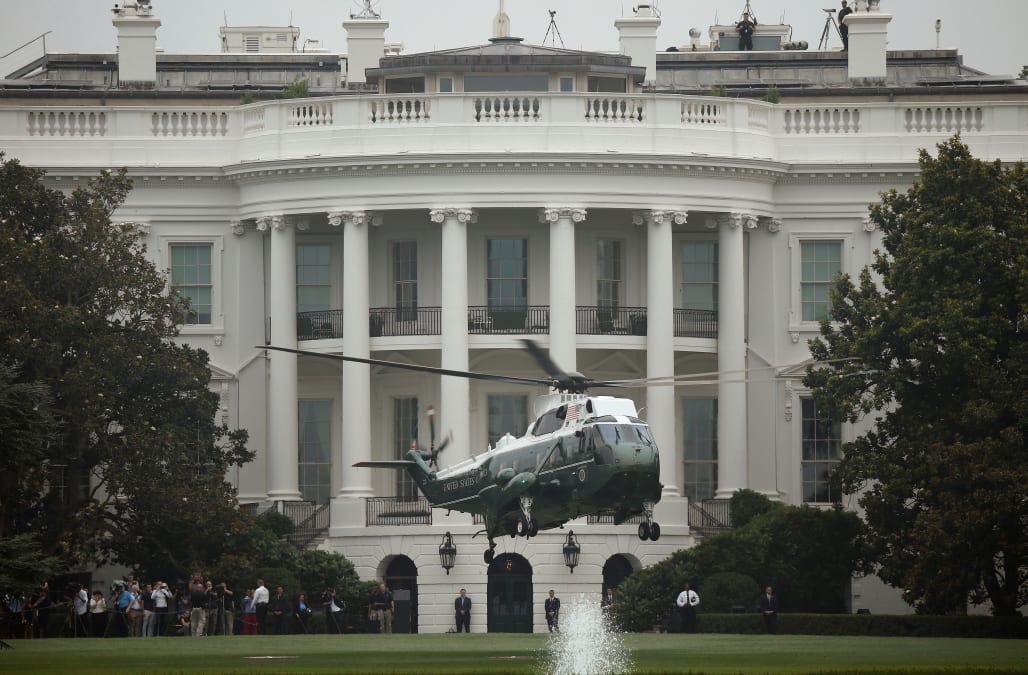 The White House blasted the outgoing head of the Office of Government Ethics, Walter Shaub, just days before he's set to leave the post.

The White House's statement, provided to The New York Times, came in response to Shaub's persistent criticism of the administration in the days since he announced his resignation.

"Mr. Schaub's penchant for raising concerns on matters well outside his scope with the media before ever raising them with the White House — which happens to be his actual day job — is rather telling," White House spokesperson Lindsay Walters, said in a statement to the Times that misspelled Shaub's name.

"The truth is, Mr. Schaub is not interested in advising the executive branch on ethics. He's interested in grandstanding and lobbying for more expansive powers in the office he holds."

Walters' statement came in response to a Times interview with Shaub in which he criticized the administration's handling of ethics guidelines and made a laundry list of new proposals he recommends the government takes to help limit and handle ethical snafus.

SEE ALSO: We'll soon have records of who Trump has been meeting with at his Mar-a-Lago resort

Shaub said the administration has made the US "pretty close to a laughingstock at this point."

"It's hard for the United States to pursue international anticorruption and ethics initiatives when we're not even keeping our own side of the street clean," Shaub told the Times. "It affects our credibility. ... I think we are pretty close to a laughingstock at this point."

Shaub was particularly critical of President Donald Trump's constant weekend trips to his clubs and golf courses. Just this past weekend, Trump attended the US Women's Open golf tournament being held at his Bedminster, New Jersey golf club. The president repeatedly promoted the event on Twitter while he was in attendance.

"It creates the appearance of profiting from the presidency," Shaub said. "Misuse of position is really the heart of the ethics program, and the internationally accepted definition of corruption is abuse of entrusted power. It undermines the government ethics program by casting doubt on the integrity of government decision making."

Shaub's recommendations included forcing presidential candidates to release their tax returns, providing the OGE with subpoena power, and giving the office additional power when it comes to dealing with presidential conflicts of interest.

Prior to Trump, every major party candidate since 1976 released their tax returns. Additionally, the victorious candidates have divested from their holdings. Trump, with holdings that far outpace any president before him, has not, instead allowing his two adult sons, Donald Jr. and Eric, in addition to a senior Trump Organization employee, to control his assets.

"Other presidents have understood it is a pragmatic necessity," Shaub, who is joining the Campaign Legal Center after he leaves office, said. "This president seems to think it is a perk of high office."

Shaub, who was appointed by President Barack Obama to a five-year term as head of the OGE that began in January of 2013, said he did not want his role to be that of challenging the president.

"I would not have picked this fight," he said. "But I have never been one to shy away from bullies."

Shaub announced in a letter to Trump earlier this month that he would resign ahead of the end of his term, which was scheduled to end in January 2018. Shaub's last day is Wednesday.

In an interview with NPR shortly after his announcement, Shaub said "the current situation has made it clear that the ethics program needs to be stronger than it is. At the Campaign Legal Center, I'll have more freedom to push for reform. I'll also be broadening my focus to include ethics issues at all levels of government."

Shaub has been sharply critical of both Trump and his administration's ethical quandaries during the president's early months in office.

The OGE pushed Trump to fully divest from his businesses ahead of taking office and placing his assets into a blind trust, a move Trump subsequently did not make. Shaub criticized the plan that involved Donald Jr. and Eric during a speech at the Brookings Institution prior to Trump's inauguration, saying it "doesn't meet the standards that the best of his nominees are meeting and that every president in the past four decades has met."

"His sons are still running the businesses, and, of course, he knows what he owns," Shaub said.

Shaub has had a fraught relationship with the administration in the months since.

He battled Mick Mulvaney, the director of the Office of Management and Budget, to release the ethics waivers of White House employees, a move with which the White House later complied after initially stonewalling. The release of the waivers showed that several top White House officials, such as counselor Kellyanne Conway and chief strategist Steve Bannon, received ethics waivers for certain areas.

Shaub was later critical of Bannon's waiver, calling it "problematic."

More from Business Insider:
We'll soon have records of who Trump has been meeting with at his Mar-a-Lago resort
Watch Jared Kushner speak publicly for the first time since joining Trump's administration
Democrats are launching a group seeking to better understand and win disenchanted millennials