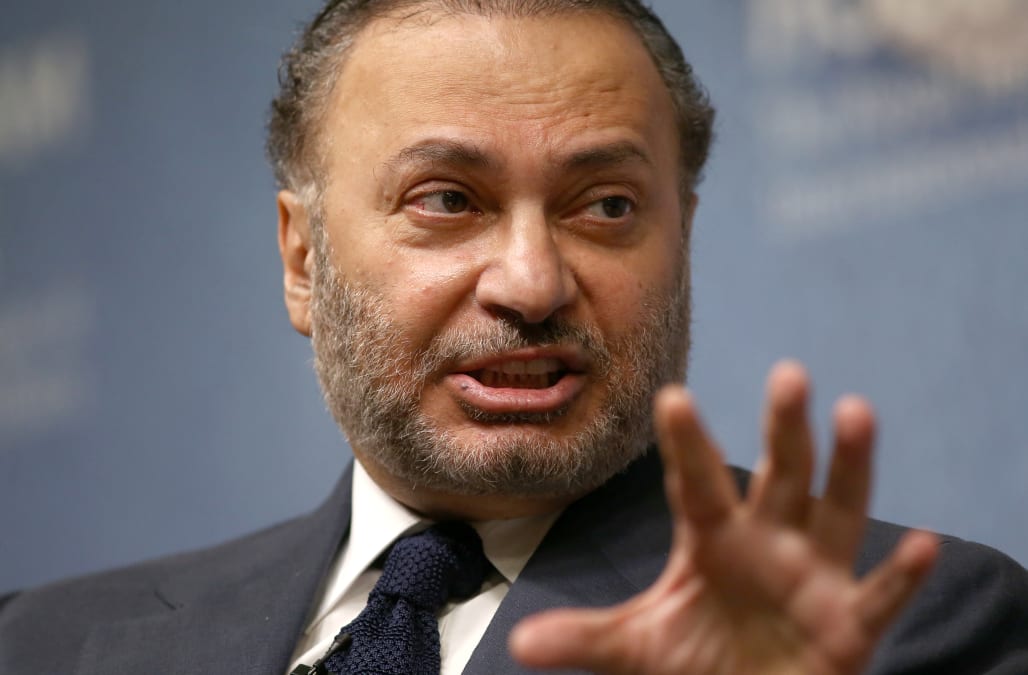 LONDON, July 17 (Reuters) - The United Arab Emirates was not responsible for an alleged hack of Qatari websites which helped spark a month-long diplomatic rift with Doha, the UAE's minister of state for foreign affairs said on Monday.

Anwar Gargash denied as false a story in the Washington Post that cited U.S. officials saying the UAE had orchestrated the hack of Qatar's state news agency.

"The Washington Post story today that we actually hacked the Qataris is also not true," he told the London-based think-tank Chatham House.

Saudi Arabia, the United Arab Emirates, Bahrain and Egypt imposed sanctions on Qatar on June 5, cutting diplomatic and transport ties with the tiny Gulf monarchy, after accusing it of financing militant groups and allying with their regional arch-foe Iran. Doha denies the accusations.

Gargash said the four Arab powers were in the process of discussing additional sanctions on Doha.

"There will be some tightening of the screws," he said in an interview on the sidelines of the event, declining to give a time frame on when new measure could be introduced.

Yet the UAE would not escalate its boycott by asking companies to choose between doing business with it or with Qatar, he added.

Gargash, who also suggested international monitoring of Qatar was needed, added there were no plans for a meeting between the two sides under the auspices of Kuwait, a neutral Gulf Arab country seeking to mediate in the spat.

"We are too early to speak about meetings, before we get a mediation with some traction," he said. (Reporting by Karin Strohecker; Writing by Jumana Fraije; Editing by Alison Williams)