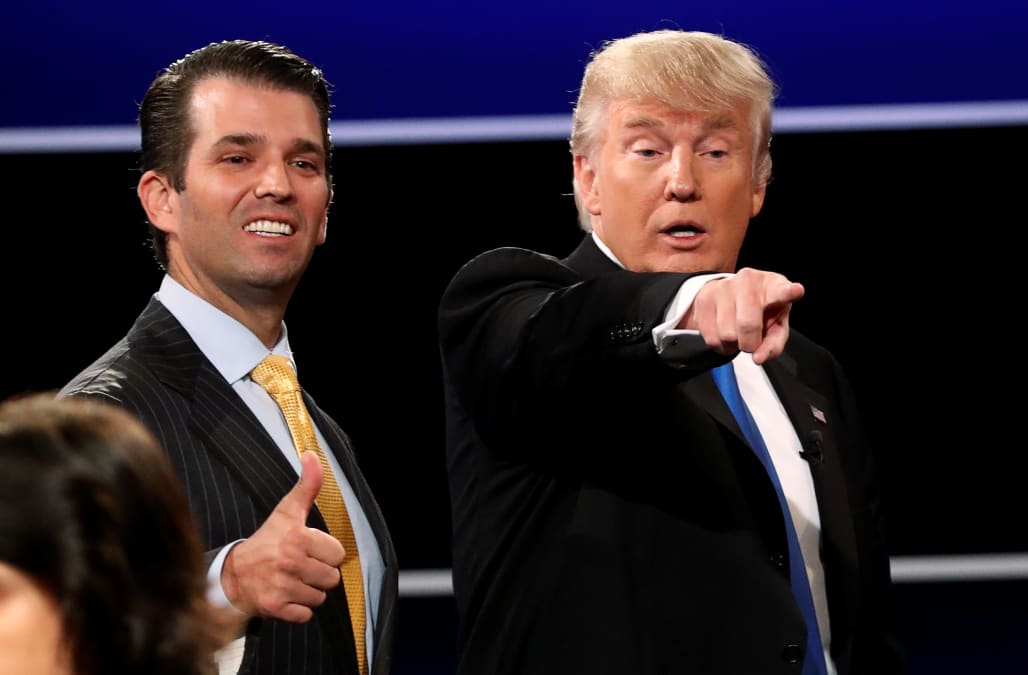 WASHINGTON, July 16 (Reuters) - The U.S. Secret Service on Sunday denied a suggestion from President Donald Trump's personal lawyer that it had vetted a meeting between the president's son and Russian nationals during the 2016 campaign.

Donald Trump Jr. has acknowledged that he met in New York with Russian lawyer Natalia Veselnitskaya after he was told she might have damaging information about his father's rival, Democrat Hillary Clinton.

In an emailed response to questions about Sekulow's comments, Secret Service spokesman Mason Brayman said the younger Trump was not under Secret Service protection at the time of the meeting, which included Trump's son and two senior campaign officials.

"Donald Trump, Jr. was not a protectee of the USSS in June, 2016. Thus we would not have screened anyone he was meeting with at that time," the statement said.

According to emails released by Trump Jr. last week, he eagerly agreed to meet Veselnitskaya, who he was told was a Russian government lawyer. Veselnitskaya has said she is a private lawyer and denies having Kremlin ties.

On Friday, NBC News reported that a lobbyist who was once a Soviet counter-intelligence officer participated in the meeting, which was also attended by Trump's son-in-law, Jared Kushner, and the president's former campaign manager, Paul Manafort.

The meeting appears to be the most tangible evidence of a connection between Trump's election campaign and Russia, a subject that has prompted investigations by congressional committees and a federal special counsel.

Moscow has denied any interference and the president and Trump Jr. have denied any collusion.

"Ok let's try to deflect blame & throw those in @SecretService who protect @POTUS @realDonaldTrump @FLOTUS & family under the bus," she said on Twitter.

The Secret Service's mission is to provide physical protection for the U.S. president. The agency also protects major presidential candidates. But its role in vetting people who meet with a U.S. president or candidates is limited to ensuring physical safety.

Trump himself has said he was unaware of the meeting between his son and the Russian lawyer until a few days ago.

"The president was not aware about this meeting, did not participate in this meeting," Sekulow told the CBS program "Face the Nation."

Sekulow added that Trump was not aware of any meetings between his campaign staff and Russians.

A federal special counsel and several congressional panels are investigating allegations by U.S. intelligence agencies that Russia meddled in the 2016 U.S. presidential election to hurt Clinton and help Trump. They are also investigating potential connections between Russian officials and the Trump campaign.

Senator Mark Warner, the top Democrat on one of the panels investigating the matter, the Senate Intelligence Committee, told CNN: "The level of credibility from the senior level of this administration really is suspect."

Warner said he wanted to hear from everyone who attended the June 2016 meeting.

"Whether we will be able to get the Russian nationals to come over and testify is an open question, (but) those people that our committee has jurisdiction over, the Americans, I sure as heck want to talk to all of them," Warner said. (Additional reporting by Caren Bohan; Editing by Andrea Ricci and Peter Cooney)