Richard Branson has 'a feeling' Trump is 'regretting' Paris Accord withdrawal 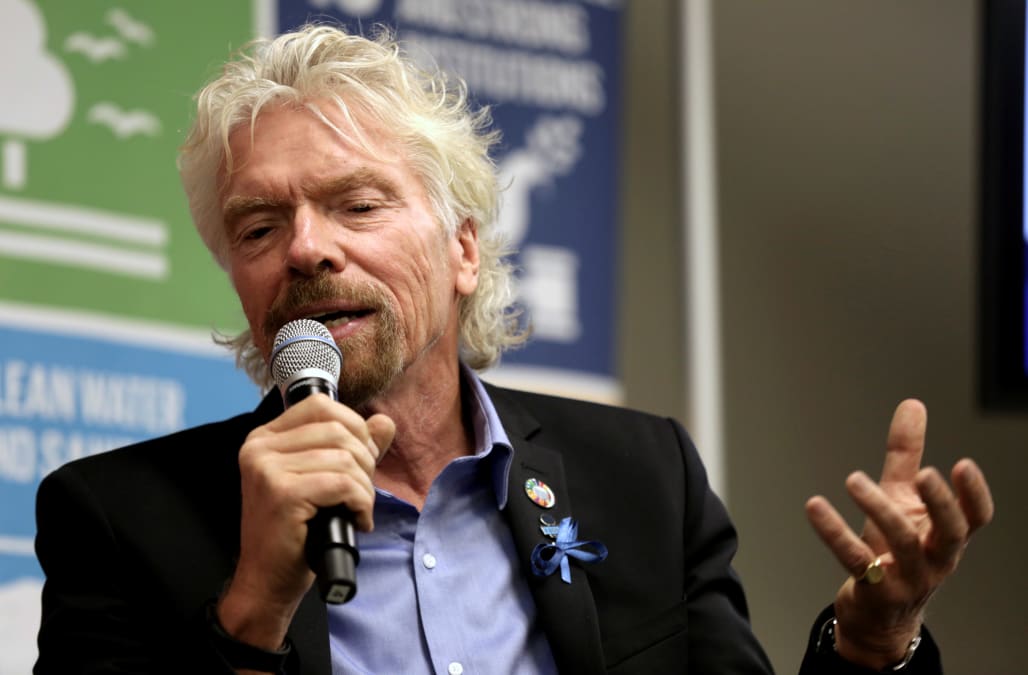 Billionaire Richard Branson has indicated that President Trump may be regretting withdrawing from the Paris climate agreement.

The Guardian reports, Branson told an audience in Brooklyn Friday, "With climate change, it's America first and our beautiful globe last, and that seems incredibly sad."

He added, "I've got a feeling that the president is regretting what he did. Maybe his children and son in law are saying, 'Look, I told you so.' Hopefully, there is a positive change of mind."

However, the Virgin Group mogul also reportedly said, "Trump had hundreds of the most influential business leaders in the world speaking to him and he ignored them, so there's no guarantee that he'll change his mind....Who knows what goes in [his head]. The Paris decision was a bizarre mistake."

According to Reuters, another indication of a possible reversal of position from the U.S. president came from French President Emmanuel Macron who spent time with Trump recently; as Macron revealed to a French newspaper, "[Trump] told me that he would try to find a solution in the coming months...We spoke in detail about the things that could make him come back to the Paris accord."

Trump has faced widespread backlash from other foreign leaders, state and local officials, and corporate executives since announcing his decision to pull the U.S. from the international agreement.

While he has expressed skepticism about climate change in the past, in a speech announcing the withdrawal, Trump cited high financial burdens, the loss of millions of jobs, and damage to sectors like coal as his reasons for the change.

Trump has indicated a willingness to renegotiate the terms of the deal on behalf of the U.S., but this option has been dismissed, with a recent joint G20 statement stating that the Paris accord is "irreversible."

More from AOL.com:
Trump says 'something could happen' with regard to Paris climate accord
Melania Trump in Paris: First lady speaks French with sick children, leaves president behind
Trump heading to Bedminster for US Women's Open