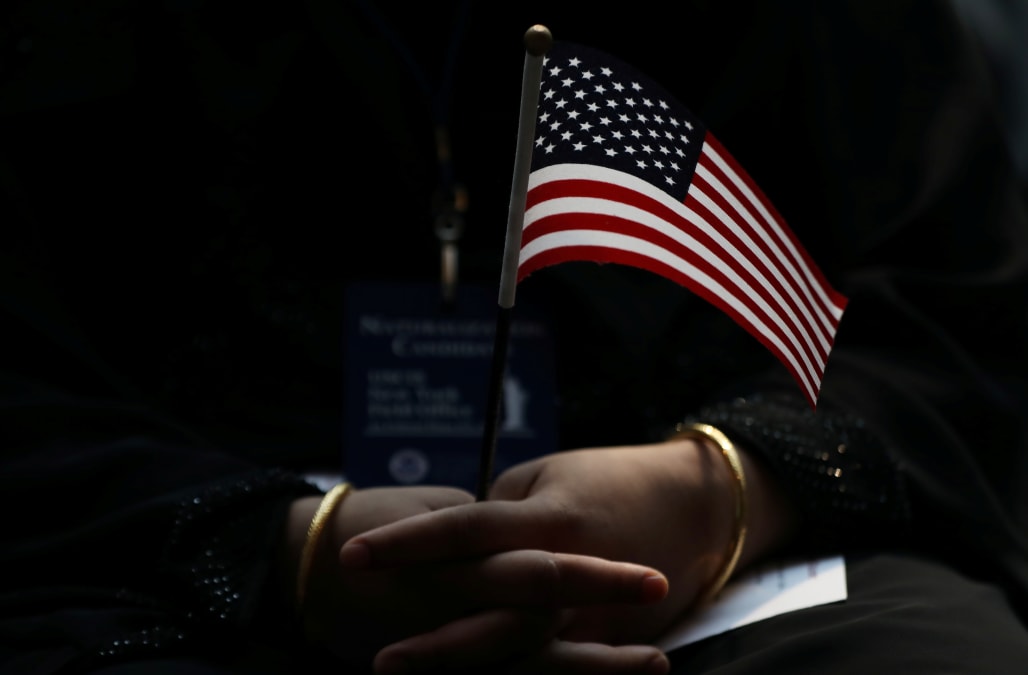 Around 200 letters congratulating new citizens of the United States have been distributed since Donald Trump took office with former president Barack Obama's signature on them instead of Trump's.

Aisha Sultan, a columnist for the St. Louis Post-Dispatch, took to Twitter on Friday, posting a picture of the letter that her British-born husband had received congratulating him on becoming a citizen. The letter incorrectly identified Obama as being the president.

"We embrace you as a new citizen of our land, and we welcome you to the American family," the letter read, with Obama's signature at the bottom.

My British-born husband takes his oath of citizenship today. In the packet for new Americans, the welcome letter from POTUS is from Obama. 😂 pic.twitter.com/O56cMj0hhx

Others on Twitter laughed about the mistake or pointed to similar stories. One user who commented on Sultan's photo told the story of how, in March, Obama's congratulatory video was played during her husband's citizenship ceremony, and "everyone cheered."

My husband was sworn in back in March, & they accidentally started the Obama congrats video. Everyone cheered! 1/2

USCIS press secretary Gillian Christensen told The Hill that the letters being distributed were an oversight and that, typically, incoming presidents and administrations produce their own letters and videos to give to the department. However, Maria Elena Upson, another USCIS spokeswoman, told Arizona Central last month that they did not yet have a letter or video from the administration, though that was not uncommon, as incoming administrations may take a few months to get settled and to get around to things like that.

RELATED: Can you answer the questions on the US Citizenship Test?

Questions and answers on the US Citizenship Test
How many amendments does the Constitution have?

The idea of self-government is in the first three words of the Constitution. What are these words?

Answer: 'We the People'

We elect a US Senator for how many years?

The House of Representatives has how many voting members?

Answers: To print money, to declare war, to create an army, to make treaties

If both the president and vice president can no longer serve, who becomes president?

Answer: Speaker of the House

What are two Cabinet-level positions?

Who wrote the Declaration of Independence?

When was the Constitution written?