No, a fart didn't cause an American Airlines flight to evacuate all its passengers 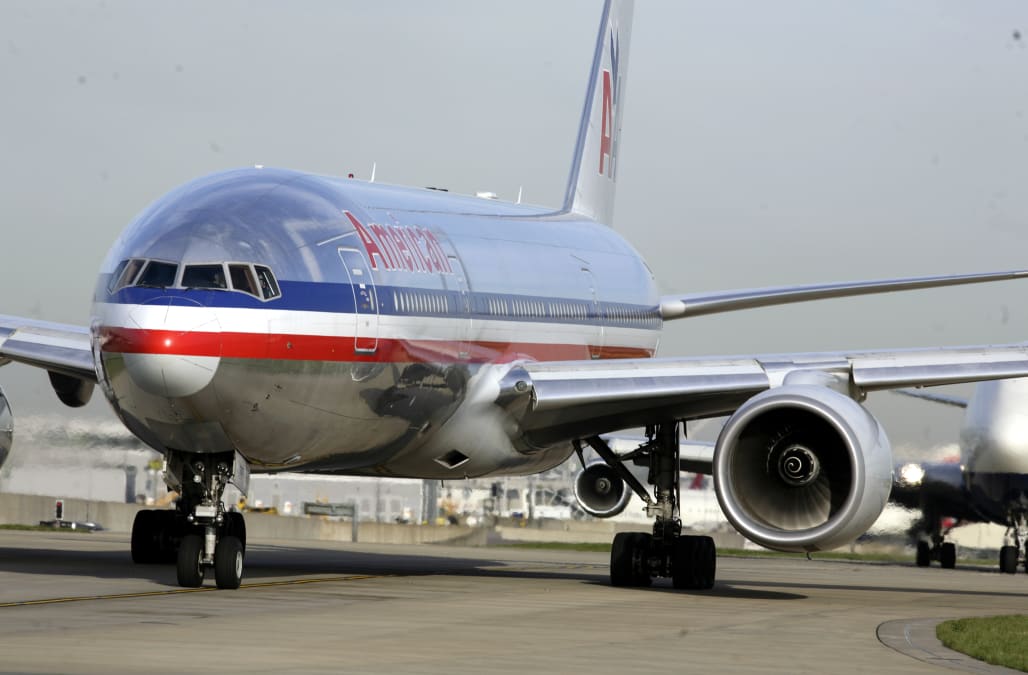 In today's "Not The Onion" news, an American Airlines flight supposedly had to evacuate all its passengers after a person "passed gas," causing violent episodes of nausea and headaches.

Except that this isn't true.

SEE ALSO: Sorry everyone, but that shocking Amelia Earhart photo has been debunked — twice

The story, which originally appeared on local WNCN-TV, quotes an unidentified spokesperson with Raleigh-Durham International Airport as saying that all passengers were taken off the plane after it landed at around 4 p.m. 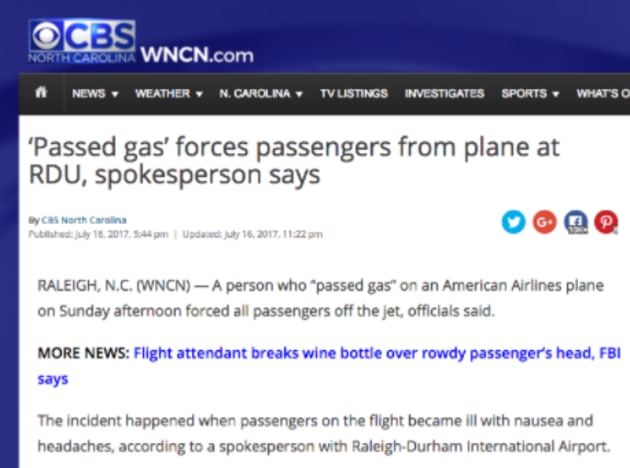 The incident allegedly started when passengers on the flight "became ill with nausea and headaches" spurred by a foul-smelling odor in the cabin.

Feinstein told Mashable that "the flight was not evacuated, and the story is not true".

He said the plane had a odor issue, but that was due to a mechanical fault, not "passed gas."

"We did have an aircraft from Charlotte to RDU this afternoon, that landed at 2:19 p.m. ET, and arrived the gate at 2:21 p.m. ET, that is currently out of service for an actual mechanical issue – and odor in the cabin. But it is not due to 'passed gas' as mentioned," Feinstein said.

A spokesman at the airport, Andrew Sawyer, also confirmed that the plane was not evacuated, and said the whole incident was about a passenger who had to receive medical help after a foul smell:

"A medical call for someone overcome by an odor was received after the plane deplaned normally," he said.

The story was picked up by many news outlets, including NBC, The Daily Telegraph, and Fox News: 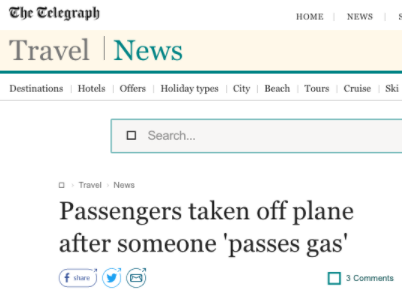 Passengers on an American Air flight to Raleigh were forced to evacuate after someone 'passed gas,' officials said https://t.co/JUysbmlVyupic.twitter.com/A5fqxfJ1np

WATCH: How 'The Walking Dead' Season 2 diverged from the comics