Newlyweds allegedly abducted and raped woman on their honeymoon 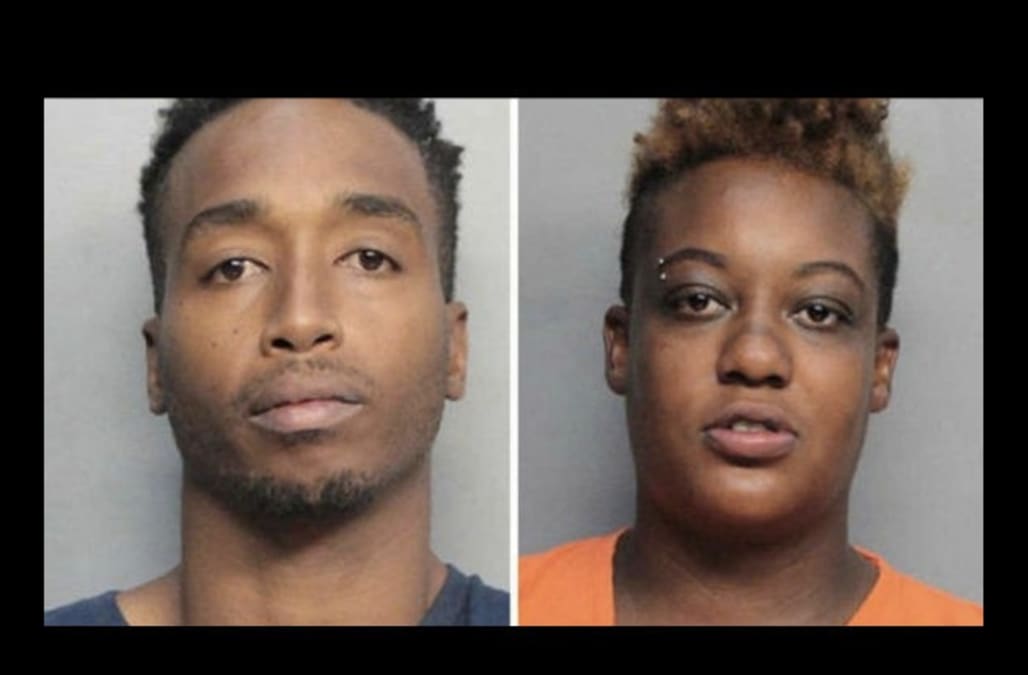 A pair of Georgia newlyweds allegedly abducted and raped a woman during their honeymoon in South Florida.

According to police, Rashada Hurley, 32, and Timothy Lowe, 37, kidnapped a woman and took her to a nearby motel, forcing her to have sex with them. They were arrested the next day when they went to a convenience store, naked, and filled themselves up some sodas that they did not pay for.

Police found the two of them a block away and took them in for petty theft, putting blankets around them as they questioned the couple. They were then able to link the couple to the rape and abduction from the previous day, and the victim identified both of them in a lineup.

The victim, a 27-year-old woman, said that she was pulling out of a parking space with her window rolled down when Hurley attacked her and knocked her out. She woke up as Hurley was choking her while Lowe drove their car to a motel, where they used her credit card to pay for a room and force her to have intercourse and perform oral sex on Hurley. She claimed that she was able to escape and flee the room while the couple was distracted.

— Newlywed kills husband for insurance money, finds out his ex-wife was still the beneficiary —