John McCain's recovery could take longer than we think 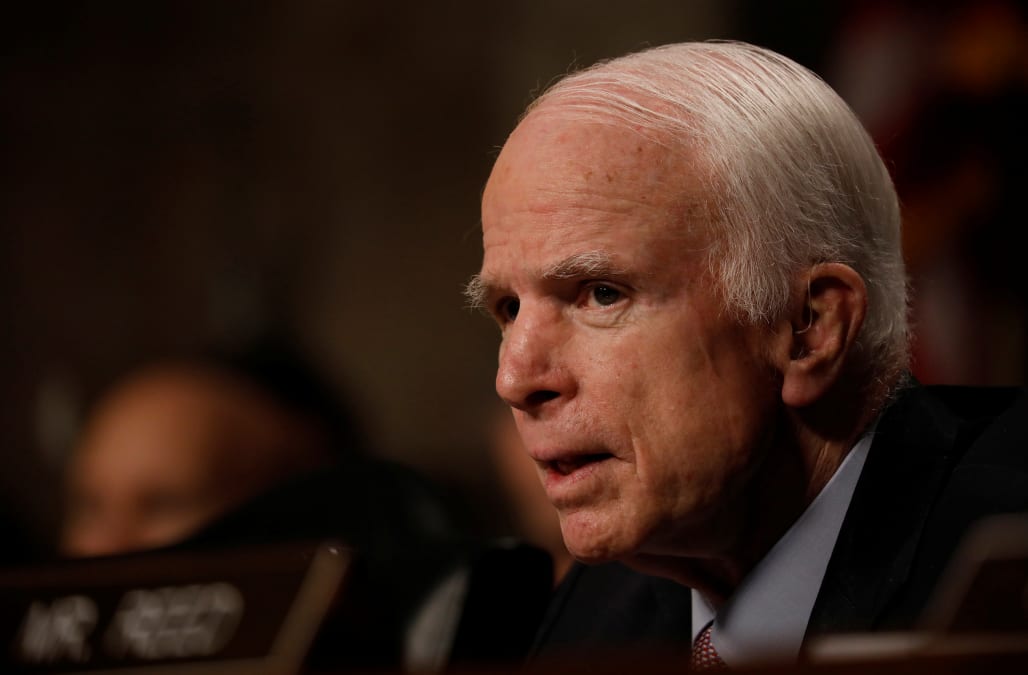 McCain's office suggested in a statement last week that the senator would be out for a week following the surgery. But two neurosurgeons said the typical recovery time for such a procedure is "a few weeks" or more.

That's bad news for Senate Republicans, who are delaying a vote on their healthcare bill until McCain returns to Washington. Two Republican senators, Susan Collins of Maine and Rand Paul of Kentucky, have already said they will not vote to proceed on the measure, meaning that without McCain, Republicans won't reach the 50-vote threshold they need.

Senate Majority Leader Mitch McConnell had hoped to hold a procedural vote on the Better Care Reconciliation Act next week.

"While John is recovering, the Senate will continue our work on legislative items and nominations, and will defer consideration of the Better Care Act," McConnell said in a statement on Saturday.

McCain's office has not disclosed any further information about the surgery since it was announced, and surgeons at the hospital are not granting interviews, leading to speculation over how doctors discovered the blood clot. According to one of the neurosurgeons interviewed by The Times, the type of blood clot McCain had is usually discovered when the patient has symptoms, and not as the result of a routine physical as McCain's office claimed.

NOW WATCH: 5 of the best memes from Trump's trip to the G20 Summit