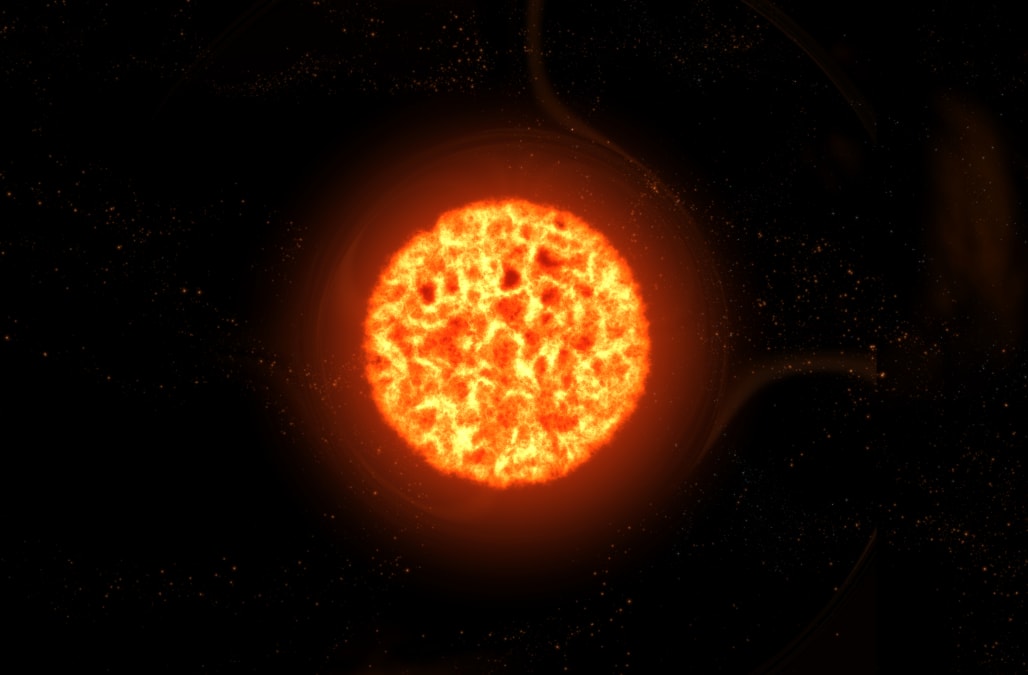 Astronomers say they've detected "strange signals" coming from the direction of a small, dim star located about 11 light-years from Earth.

Researchers picked up the mysterious signals on May 12 using the Arecibo Observatory, a huge radio telescope built inside of a Puerto Rican sinkhole.

The radio signals appear to be coming from Ross 128, a red dwarf star that's not yet known to have any planets and is about 2,800 times dimmer than the sun. Abel Méndez, an astrobiologist at the University of Puerto Rico at Arecibo, said the star was observed for 10 minutes, during which time the signal was picked up and observed to be "almost periodic".

Méndez said it's extremely unlikely that intelligent extraterrestrial life is responsible, but noted that the possibility can't yet be ruled out.

"The SETI [Search for Extraterrestrial Intelligence] groups are aware of the signals," Méndez wrote in an email to Business Insider.

Explanations for the 'very peculiar' signals

While Arecibo is known for its role in efforts to search for signals from aliens, it's also great for looking at distant galaxies and pinging near-Earth asteroids.

Méndez thinks the signal is more likely from something humans put in space, perhaps a satellite that passed thousands of miles overhead.

"The field of view of [Arecibo] is wide enough, so there is the possibility that the signals were caused not by the star but another object in the line of sight," Méndez said, adding that "some communication satellites transmit in the frequencies we observed."

However, in a July 12 blog post about the mystery of Ross 128, he wrote that "we have never seen satellites emit bursts like that" and called the signals "very peculiar".

Another possible explanation is a stellar flare, or outburst of energy from the star's surface. Such bursts from the sun travel at light-speed, emit powerful radio signals, and can disrupt satellites and communications on Earth, as well as endanger astronauts.

Solar flares can also be chased by a slower-moving yet more energetic coronal mass ejections: a flood of solar particles that can distort our planet's magnetic field, generate geomagnetic storms, and cripple power grids and fry electronics.

Taking another look at Ross 128

To see if the signals are still there, Méndez said Arecibo is going to stare down Ross 128 and its surroundings many more times, starting July 16.

"Success will be to find the signal again" at the star's location but not in surrounding directions, he said. "If we don't get the signal again then the mystery deepens."

SEE ALSO: Dim red stars that are nothing like the sun may be our best hope of finding aliens

Méndez wrote in his blog post that other radio telescopes might not be sensitive enough to pick up the signals, noting one exception: China's monstrous Five-hundred-meter Aperture Spherical radio Telescope, or FAST.

But FAST isn't operational right now, since it's being calibrated, and Méndez said he doesn't know when it will be back online.

Seth Shostak, a senior astronomer at the SETI Institute, confirmed that the group is "well aware of the signals" and might use its powerful Allen Telescope Array in California "to check them out."

"The chances are high that they're terrestrial interference, in fact. That's really always been the case," Shostak told Business Insider in an email.

Right now there's really only one compelling signal from outer space that might come from aliens: "[T]he WOW signal," Shostak said. "That one is still quite odd."

NOW WATCH: Stephen Hawking warned us about contacting aliens, but this astronomer says it's 'too late'

More from AOL.com:
Lunar robots put to the test on Sicily's Mount Etna
New evidence supports the existence of Planet Nine in our solar system
How hidden stars can mess up our search for other habitable planets