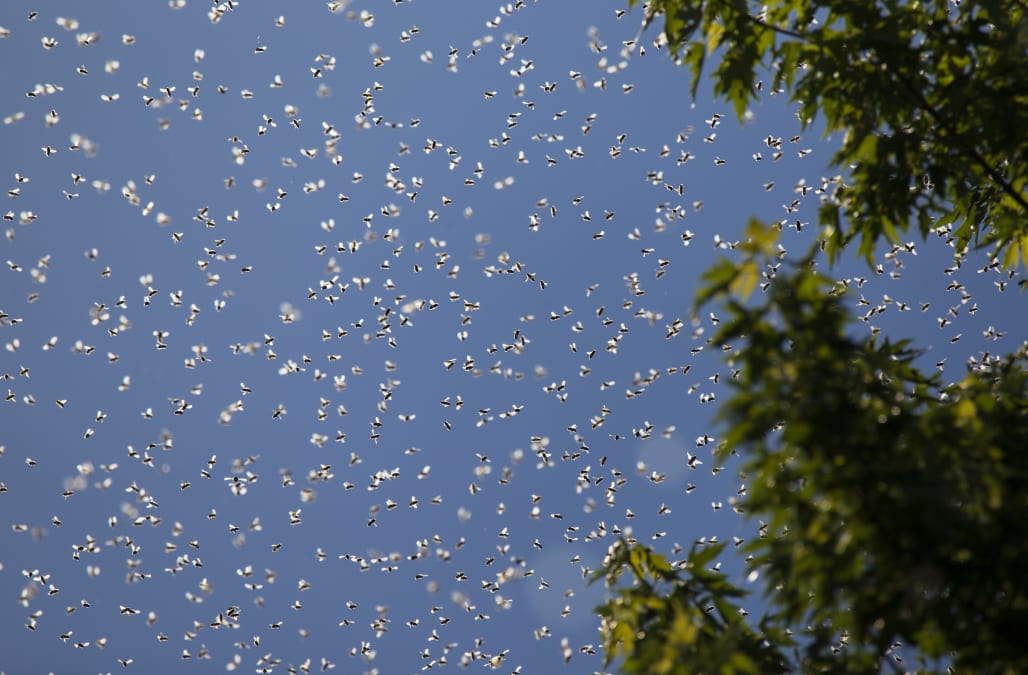 RAMSEY, N.J. (WPIX) — Two blocks of Martis Avenue in Ramsey have been closed down until beekeepers and Ramsey police can contain what they believe maybe thousands of angry bees on the attack.

Ramsey police got a call just before 1 p.m. Saturday that a homeowner who had a hive on his property had been attacked by his own swarm of bees.

Swarm of bees attacks couple
Up Next

"We got a call of an unconscious man in the driveway," Sgt. Eric Sanders of the Ramsey police told PIX11. "When we arrived we found his wife had also been stung."

Both the husband the wife are in their 60s and are being treated at Valley Hospital for their bee stings.

Beekeepers completely covered from head to toe and armed with smokers and sugar are trying to very carefully remove the hives on the far side of the house from here.

The home where the beehives were located is right opposite a playground in a heavily residential area where neighbors are being told to stay indoors with the windows closed until they know it's safe to come out again.

"I knew my neighbors had bees, but I didn't know they could attack like this," Dan Diffley, neighbor, a neighbor told PIX11. "I thought is was just a hobby."

More from AOL.com:
Rabbit survives being shot with hunting bow
Family issues warning about deadly virus after adopted puppy dies
Writhing snake head shows us why you shouldn't cut the head off a snake