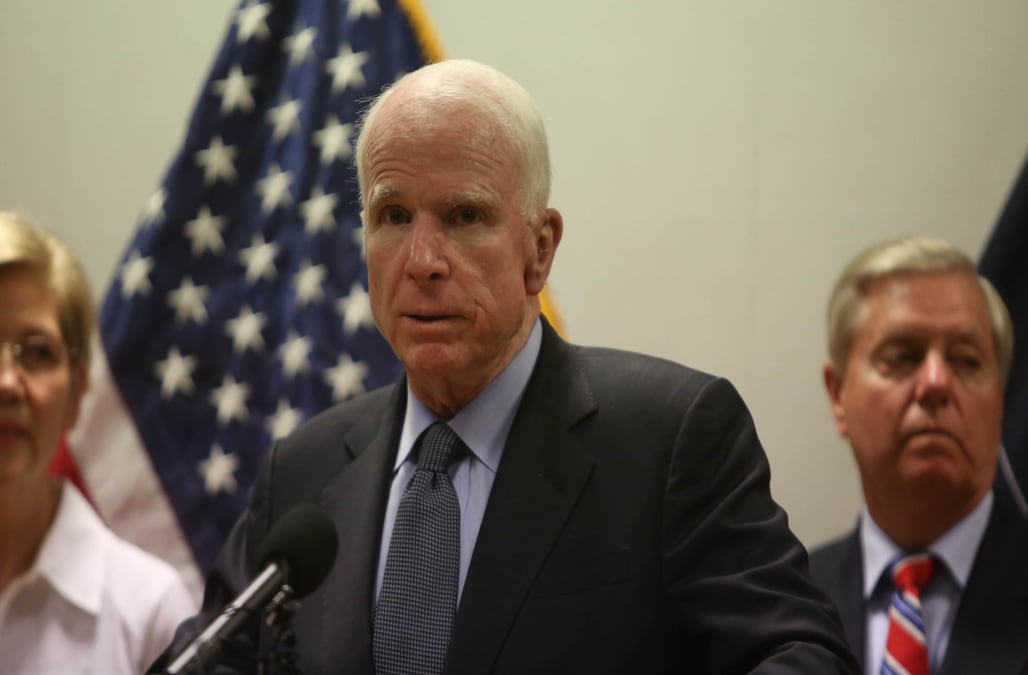 McCain's absence cast doubt on whether the Senate would be able to pass the legislation to dismantle and replace Obamacare. McConnell needs 50 "yes" votes for passage in a chamber the Republicans control by a 52-48 margin.

"While John is recovering, the Senate will continue our work on legislative items and nominations, and will defer consideration of the Better Care Act," McConnell said in a statement.

The announcement came after McCain's office said he would remain in Arizona next week following a procedure to remove a 2-inch (5-cm) blood clot from above his left eye.

But two Republican senators have already declared their opposition to revised legislation unveiled on Thursday.

McCain has expressed concern about the health care bill but has not said how he would vote.

The 2008 Republican presidential nominee, McCain was resting comfortably at home in good condition after Friday's operation, his office said.

"There are few people tougher than my friend John McCain, and I know he'll be back with us soon," McConnell said.

McCain's surgeons removed the clot during a minimally invasive craniotomy through an incision in the 80-year-old lawmaker's eyebrow. Tissue pathology reports would be available within the next several days.

"Thanks to @MayoClinic for its excellent care -- I appreciate your support & look forward to getting back to work!" McCain, who chairs the Senate Armed Services Committee, said on social network Twitter late on Saturday. (Reporting by David Morgan; Editing by Cynthia Osterman and Clarence Fernandez)

More from AOL.com:
Senate Republicans are lining up for a 2nd try on their healthcare bill
McCain has blood clot removed, will recover in Arizona next week
'WE WILL GO FROM MAJORITY TO MINORITY': It's starting to look ugly for the Republican health care bill