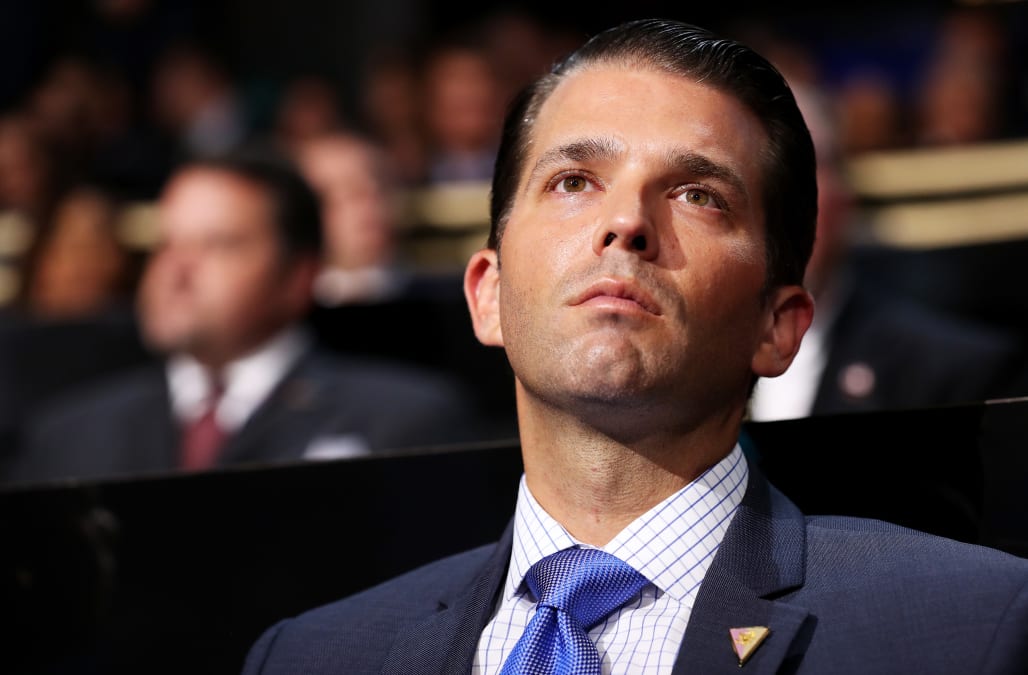 WASHINGTON, July 15 (Reuters) - Donald Trump's campaign paid $50,000 to the law office now representing Donald Trump Jr. a little more than a week before news surfaced of an unreported meeting with a Russian attorney that has prompted new accusations of collusion.

The payment to the Law Offices of Alan S. Futerfas, dated June 27, was disclosed in a filing with the Federal Election Commission on Saturday. It was described as covering "legal consulting" fees.

Trump Jr. admitted to meeting with a Russian lawyer in New York City during the 2016 presidential campaign after he was told she might have damaging information about his father's rival, Democratic candidate Hillary Clinton.

The payment was made to Futerfas' firm days before the story about the meeting broke, which caused a scramble inside the White House and Trump Tower to contain it.

The disclosures do not say who Futerfas was hired to represent. Spokesmen for Trump's re-election campaign and Futerfas did not respond to requests for comment.

Futerfas was revealed as Trump Jr.'s lawyer on Monday after a New York Times report detailed meetings between the president's eldest son and the Russian lawyer. Futerfas has not said when he was hired.

Separately, the campaign also paid more than $538,000 to Jones Day, the law firm that represented Trump's campaign during the election. The campaign also paid $89,561 for "legal consulting" to The Trump Corporation, which is owned by the president. The payment was dated June 30th.

A federal special counsel and several congressional panels are investigating allegations by U.S. intelligence agencies that Russia meddled in the 2016 U.S. presidential election, as well as potential connections between Russian officials and the Trump campaign.

Moscow has denied any interference and the president and Trump Jr. have denied any collusion.

The Federal Election Commission has previously ruled that candidates and federal office holders may spend campaign funds on legal fees incurred because they were a candidate.

Trump has also hired a longtime legal adviser, Marc Kasowitz, as outside counsel. His campaign finance disclosure did not list any payments to Kasowitz.

The White House confirmed in a statement on Saturday that veteran Washington attorney Ty Cobb will serve as special counsel, and sources familiar with the hiring said Cobb would handle the White House's response to the Russia-related investigations.

Cobb, a partner at the law firm Hogan Lovells, is expected to be an intermediary between the White House and Congress, as well as outside attorneys as the probes continue.

In the second quarter of 2017, Trump's re-election campaign raised about $8 million and spent $4.4 million, according to Saturday's disclosures.

Much of the money raised from individuals came in the form of "small dollar" donations, classed as donations of less than $250. Trump and his campaign have frequently touted the number of small-dollar donors as proof of his widespread support.

Trump filed for re-election the day after taking office - allowing his campaign to continue to raise and spend money while he is in office. (Additional reporting by Julia Edwards Ainsley and David Morgan; Editing by Tom Brown and Chris Sanders)

More from AOL.com:
Donald Trump Jr. provided 2 wildly different statements to describe his meeting with a Russian lawyer
All eyes are on Justice Anthony Kennedy's retirement plans
Putting the Trump-Russia timeline into perspective