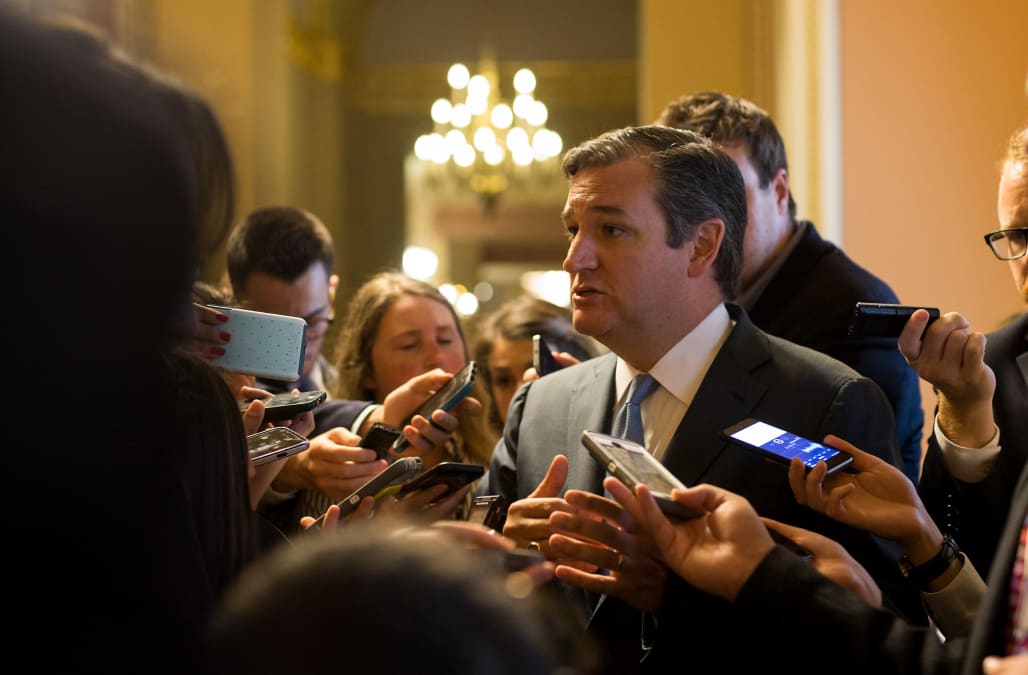 Senate Republicans on Thursday released an updated version of the Better Care Reconciliation Act, their plan to overhaul the US healthcare system.

One of the biggest updates was an increase to the amount of money the bill allocated for confronting the opioid epidemic from $2 billion to $45 billion.

Lawmakers, politicians react to Republicans pulling health care bill
Today was a victory for all Americans. https://t.co/LX6lzQXtBR
I want to thank @POTUS, @VP, @SecPriceMD, & @HouseGOP members. There remains so much we can do to help improve peop… https://t.co/KIF3gh2VpQ
Today is a great victory but we have a lot more work to do. We are going to go forward and guarantee health care to… https://t.co/3gnwfY94Lq
My statement on the #AHCA https://t.co/XhWEOh1cP4
Ultimately the #Trumpcare bill failed because of two traits that have plagued the Trump presidency: incompetence & broken promises.
#TrumpCare was about spite. It was brought up because they loved the optics of a vote on ACA's 7th annv -- not because it was a good idea.
I applaud House conservatives for keeping their word to the American people. I look forward to passing full repeal https://t.co/ftyj6sCw0v
.@HouseGOP I hope this means you're finally ready to get serious and work with us to improve the Affordable Care Ac… https://t.co/r78FqnGiVr
I remain wholeheartedly committed to keeping the promise I made to my NC-11 constituents--to fully repealing and re… https://t.co/o02kApIzQq
This is why we fight. When we get out there & fight, we can make a real difference.
Can't throw @POTUS under the bus. He is the BUS. My fellow republicans are figuring that out.
Hey Republicans, don't worry, that burn is covered under the Affordable Care Act
Art of the Squeal: I blame Democrats for a bill Republicans couldn't pass. I blame Obama. I blame Australian Prime… https://t.co/fgtocQM5Bx
.@realDonaldTrump, @SpeakerRyan: we're not tired of winning yet. Ready when you are to talk real solutions to fix A… https://t.co/QLU1WJA7S8
Here's my statement on the cancellation of the House vote on the American Health Care Act: https://t.co/nbDhvshFKU
Up Next

The funding increase is one of the most positive aspects of the new bill, Dr. Laura Forese, COO at the New York-Presbyterian Hospital told Business Insider.

But, though encouraging, said Forese, the extra funding's impact will be limited due to the bill's massive cuts to Medicaid, the government-run health program that provides insurance primarily to pregnant women, single parents, people with disabilities, and seniors with low incomes.

"I happen to think [the $45 billion is] not going to go all that far because of the Medicaid cuts," Forese said.

The nonpartisan Congressional Budget Office estimated in June that the Senate bill would result in $772 billion in cuts to Medicaid spending by 2026, and 15 million fewer enrollments during the same time frame.

Medicaid has become a major tool in providing drug treatment and continuing care for those suffering from the opioid crisis.

Among the proposed changes to Medicaid, the BCRA, would phase out the Medicaid expansion established by the Affordable Care Act, which extended the program to those making between 100% to 138% of the federal poverty limit. The bill would end federal funding for the expansion between 2020 and 2023, forcing states to either roll back eligibility requirements, increase state spending, or cut benefits to make ends meet.

One of the first benefits to go could be treatments for substance use and mental illnesses, Frank told Business Insider in March.

The Medicaid expansion has helped pay for more than 50% of substance-use treatment medications in some states. 1.29 million people are receiving treatment for substance-use disorders or mental illnesses thanks to the expansion program as well, according to research conducted by Harvard Medical School Health Economics professor Richard Frank and New York University dean Sherry Glied. About 220,000 of those people are receiving treatment for opioid abuse.=

Without Medicaid, the majority of the expansion population would either fall into the "treatment gap" — unable to receive substance-use treatment because of a lack of insurance or public funds — or be forced to wait months or years to get into a publicly funded treatment program.

People losing Medicaid coverage could access coverage through the individual insurance market, but, even then, those plans may not necessarily have substance-use disorder coverage thanks to a controversial amendment proposed by Sen. Ted Cruz.

More than 183,000 people died from overdoses related to prescription opioid painkillers like oxycodone, hydrocodone, fentanyl, and morphine over the last 15+ years.

"We can't as a nation turn a blind eye to the opioid epidemic," Forese said.

SEE ALSO: A painkiller at the heart of the opioid epidemic has been taken off the market

DON'T MISS: Experts say the new version of the Senate healthcare bill will be bad news for the old, poor, and sick