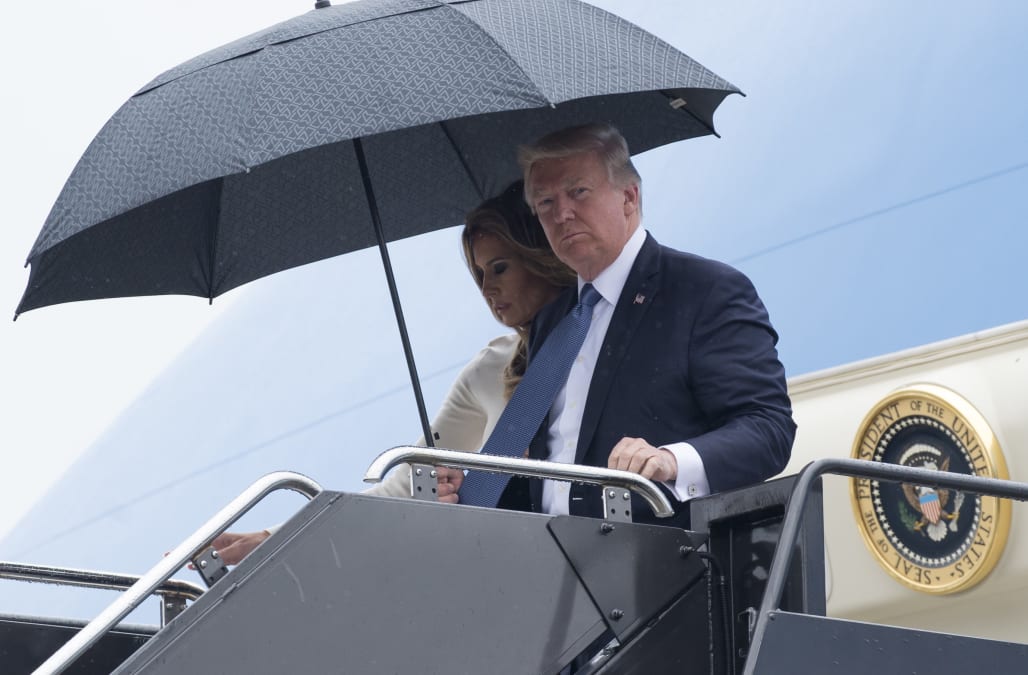 As turmoil over Donald Trump Jr.'s meeting with a Russian lawyer during last year's election continues to develop, President Trump's job approval rating is now at the lowest of any American president at this point in the last 70 years.

Just 36 percent of Americans now say they approve of the job Trump is doing in the White House, according to a new ABC News/Washington Post poll released over the weekend.

A Gallup daily tracking poll released on Sunday seemed to back up the ABC News/Washington Post poll numbers, showing that 38 percent approve of Trump.

Click through the best reactions to Donald Trump Jr.'s emails:

For comparison, President Obama's numbers at this point in his first term show him receiving nearly 60 percent approval among Americans -- same can be said for former President Ronald Reagan, according to Gallup.

The controversy surrounding Russia's involvement in the 2016 presidential election seems to be impacting the president's approval.

According to the ABC News/Washington Post poll, which was conducted between July 10 and 13, 63 percent say Trump Jr. taking a meeting with a Russian lawyer after being promised compromising information on Hillary Clinton from the Russian government was inappropriate.

Trump on Sunday lashed out over on Twitter regarding his latest numbers, slamming the survey as "just about the most inaccurate poll around election time!"

More from AOL.com:
Half approve of Trump in counties that fueled his 2016 victory
Poll finds Melania Trump is more popular than Donald Trump
The Democrats' biggest donor says the party is blowing it and should get behind Bernie’s platform