Ann Coulter had to switch seats on a Delta flight. Then came the tirade. 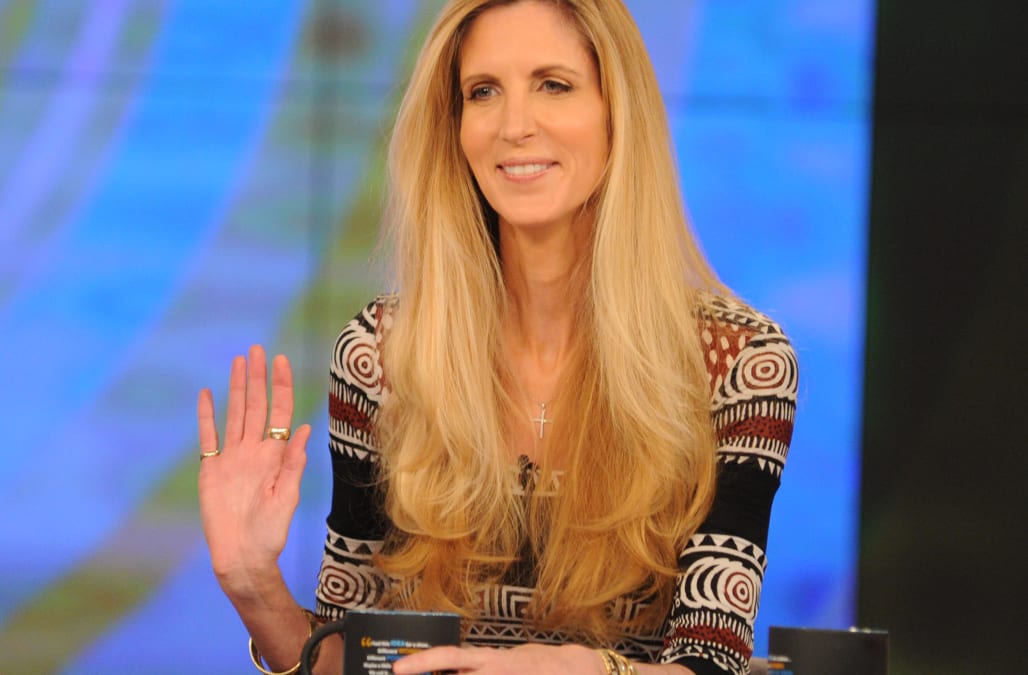 Back when nearly everyone else on the planet seemed outraged at United Airlines over the violent de-seating of a paying passenger, Ann Coulter, as she so often does, shared her own unique take. "Sorry about the dragging," she wrote in April. "But convicted pill-mill doctor should be deported."

The bloodied passenger had a criminal history and immigrated from Vietnam, you see. But so much for Coulter's nuanced take on air travel. On Saturday, she declared "the worst airline in America" to be not United, but Delta Air Lines — which allegedly committed the offense of de-seating Ann Coulter. Coulter didn't just slam Delta for moving her from her "PRE-BOOKED seat" with extra leg room (to another seat in the same row, according to the airline).

See Also: Half approve of Trump in counties that fueled his 2016 victory

She also documented the experience in photos and tweet after tweet, which she shared with her 1.6 million followers, not to mention the wider spectrum of people fascinated by things Ann Coulter does. So here is a member of the flight crew accused of "summarily snatching my ticket from my hand & ordering me to move w/o explanation, compensation or apology:" "Why are you taking me out of the extra room seat I specifically booked, ?' Flight attendant: "I don't know." — Ann Coulter (@AnnCoulter)

But at least @Delta was nice @ it, summarily snatching my ticket from my hand & ordering me to move w/o explanation, compensation or apology

Coulter also shared a photo of the woman who "waltz[ed in] at the last min" and took her seat, even though she is not "elderly, child or sick," nor "an air marshal or tall person."

So glad I took time investigate the aircraft & PRE-BOOK a specific seat on @Delta, so some woman could waltz at the last min & take my seat.

That woman and two other passengers stare at Coulter in the photo — perhaps wondering what will happen now that they have been photographed by the same unpredictable commentator who once wished assassination upon John Edwards, declined to condemn an abortion doctor's murder and joked about poisoning a Supreme Court justice.

Not pictured: Delta's fritzy WiFi, which Coulter suspected was intentionally broken "to prevent passengers from tweeting from the plane about how they're being treated."

Coulter didn't immediately reply to questions, including why she decided to photograph and publicize her co-flyer's faces. "It appears her new seat was in the same row, just not the exact seat she had selected," a Delta spokesman wrote to The Washington Post, adding that the airline would reach out to her about her concerns on the New York-to-Florida flight. Hey , you mind telling me why it was an "emergency" to move someone else into the seat I had carefully chosen in advance and booked? — Ann Coulter (@AnnCoulter)

A Delta spokesman told the Associated Press that the airline was reaching out to Coulter. When it does reach her, they may have a lot to talk about. Coulter has been an unhappy customer since at least 2010, when she wrote that her Delta flight to Portland got disrupted and that the ticketing agent she spoke with "deserves to be the worst employee multiple award-winner."

A few years later, she wrote that she paid $1,500 for a ticket "near someone who smells like a NYC cabdriver." At least she had WiFi — "but no electrical outlets on the plane. Like a soda fountain without cups. #Deltasucks." Coulter offered this advice at the time: If the only way you can get someplace is on Delta, don't go. — Ann Coulter (@AnnCoulter)

But she apparently didn't take it, as she would keep flying Delta and complaining about Delta in subsequent years, up to this weekend's Twitter eruption. Other airlines don't seem to inspire the same invective. Coulter had a brief Twitter spasm on a JetBlue flight in late 2015 — "BECAUSE THE CAPTAIN HASN'T ARRIVED YET. Now, we have to worry about him flying drunk."

But a few weeks later she posted a picture of herself smiling docilely with "a JetBlue pilot who's always on time." And midway through Saturday's rant about her Delta trip, Coulter digressed to plug JetBlue's free WiFi.

.@JetBlue has free wifi and doesn't wantonly remove passengers from their assigned seats, booked in advance FOR A REASON. @Delta sucks.

Even non-famous people's airplane disaster stories have been making national news lately (ahem), so obviously Coulter's account has drawn quite a lot of attention — if not always sympathy for the celebrity. HuffPost accused her of seat-shaming the woman who took her extra leg room, for instance. And some people couldn't help but remember what she'd said about that United passenger, back when he found himself in similar circumstances — plus getting dragged down a plane aisle with a bloody nose.