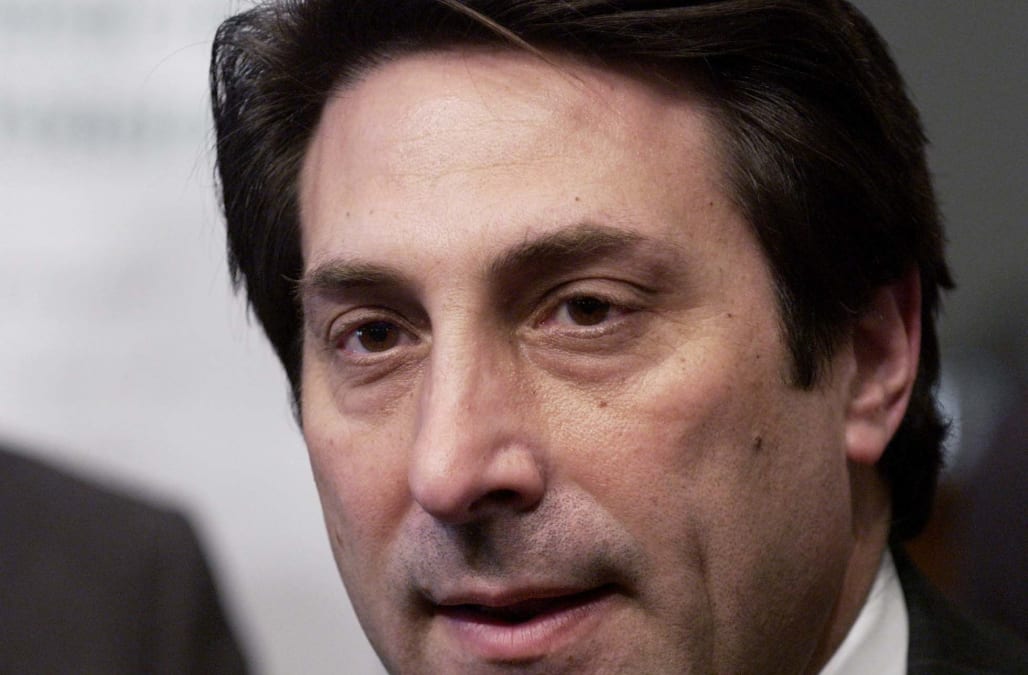 While Trump Jr.'s lawyers have remained primarily behind the scenes, the president's personal lawyer has become a ubiquitous presence on television, performing the so-called "Full Ginsberg" by appearing on all five major political talk shows on Sunday.

In five interviews on Sunday, Jay Sekulow downplayed Trump's knowledge of the meeting, attended by Trump Jr., then campaign chief Paul Manafort, and current adviser Jared Kushner, and dodged and deflected questions by repeatedly criticizing former FBI Director James Comey, the Democratic National Committee, and the US Secret Service, among others.

Sekulow repeatedly dismissed the accusation that Trump was involved in the meeting, saying he learned about it shortly before the New York Times first disclosed that the meeting had taken place, and was unaware of the email exchange in which Trump Jr. said he was open to receiving potential information as part of the Russian government's support for the campaign.

But in an interview on "Meet the Press," NBC's Chuck Todd noted that many other top Trump campaign officials offered shifting statements about their knowledge of the meeting, noting Trump Jr.'s evolving explanation of what happened.

"It looks like a pattern of trying to at least — if not total cover it up, at least mislead or deceive," Todd said.

Sekulow replied that there was "nothing illegal to cover up," and insisted that the meeting was perfectly legal.

"That was information that was controlled, not by my client, not by the president, it was controlled by Donald Trump Jr. and they made a decision on how to release that out," Sekulow said.

ICYMI: Trump lawyer @JaySekulow says there was "nothing illegal" about Trump Jr. meeting with Russians during campaign. #MTPpic.twitter.com/LjRggfzjXN

But Fox News' Chris Wallace laid out top Trump officials' contradicting statements on Russia, showing a montage of members of the Trump campaign, including Trump, Trump Jr., Vice President Mike Pence, denying any contact between Russia and the Trump campaign, or knowledge of potential coordination.

"Do you now acknowledge that all of those denials are at the very least suspect?" Wallace asked.

After Sekulow attempted to pin the blame for the investigation on Comey, he said that he does not think the denial is suspect "at all."

'I ask the questions, you answer them'

Sekulow's primary tactic in each interview was an attempt to paint Comey as an attention seeker, blasting the former director for taking a book deal, and noting that the FBI director passed the New York Times information about his private meetings with Trump.

"He got that book deal because he got fired by the president," Wallace pointed out.

"I ask the questions, you answer them Jay," Wallace said.

"Yeah, but you don't want to answer that one," Sekulow replied.

On "Meet the Press," Todd confronted Trump's lawyer about his tendency to revert to criticism of Comey's disclosures to the New York Times, rather than answer questions.

"Mr. Sekulow, I didn't ask you about James Comey. I asked you about the specific email," Todd said when he pressed Trump's lawyer on why the president continues to insist that the Russia investigation is a "hoax."

Sekulow also attempted to cast the meeting as a normal aspect of opposition research for a campaign, pointing out that the Ukrainian government offered a Democratic National Committee contractor information on Paul Manafort, which the DNC denied it used.

But CNN's Jake Tapper noted that there aren't any congressional inquiries into the Ukrainian connection because there is no current evidence that anyone from the Ukrainian government met with the Clinton campaign.

"That's not normal," Tapper said. "You can talk about opposition research all you want, but the Russian government attorney? That's how this was billed out, with high-level intelligence on Hillary Clinton?"

Trump's lawyer also attempted to discredit the Russians in the meetings themselves, saying that the meeting only lasted for 15 minutes, and was one of many meetings Trump officials had during the course of the campaign.

But Sekulow sparked criticism when he argued that Trump Jr.'s meeting with the Veselnitskaya, and Akhmetshin was innocent because if it weren't, the Secret Service would not have let the guests meet with top members of the Trump campaign.

'He can pardon individuals, of course'

Throughout Sunday's interviews, Sekulow insisted that the meeting was not only legal, but also was a morally sound decision.

Tapper noted that Sekulow was a Christian man, and asked about the ethics of seeking dirt on a political opponent from someone with close ties to an often adversarial foreign power.

"But to go back a year later and say this is what should've happened when the meeting itself was twenty minutes in a series of meetings that took place for days and days and months — I don't think that's fair to Donald Trump, Jr., to Jared Kushner, or to Manafort for that matter, because no one was in the situation of that kind of campaigning in the middle of a presidential election."

Tapper also pressed Sekulow about the campaign's decision to spend $50,000 hiring a lawyer for Trump Jr., an arrangement Sekulow said was "not an unusual scenario or an unusual set up at all."

"I think a lot of people who give money to the Trump campaign will be surprised that they're paying for the legal bills for Donald Trump Jr.," Tapper replied.

But despite the tough questions and various ongoing investigations into Russia's involvement in the 2016 election, Sekulow didn't rule out a scenario in which the worst-case legal consequences may not result in punishment or jail time for Trump's associates.

On "This Week," Sekulow refused to rule out whether Trump would pardon his son, Manafort, or Kushner if they were convicted of crimes related to the investigation.

"I have not had the conversation with the president about any of that, and I wouldn't share it if I did because of the attorney-client privilege," Sekulow said.

"He can pardon individuals, of course, that's because the founders of our country put that in the United States Constitution, the power to pardon. But I have not had those conversations, so I couldn't speculate on that."

More from AOL.com:
Donald Trump Jr.: I 'had to listen' to Russian lawyer who promised dirt on Clinton
Dan Rather reacts to Trump Jr.'s emails: 'What in God's name is happening'
Trump lawyer defends Don Jr. meeting, says Secret Service allowed it