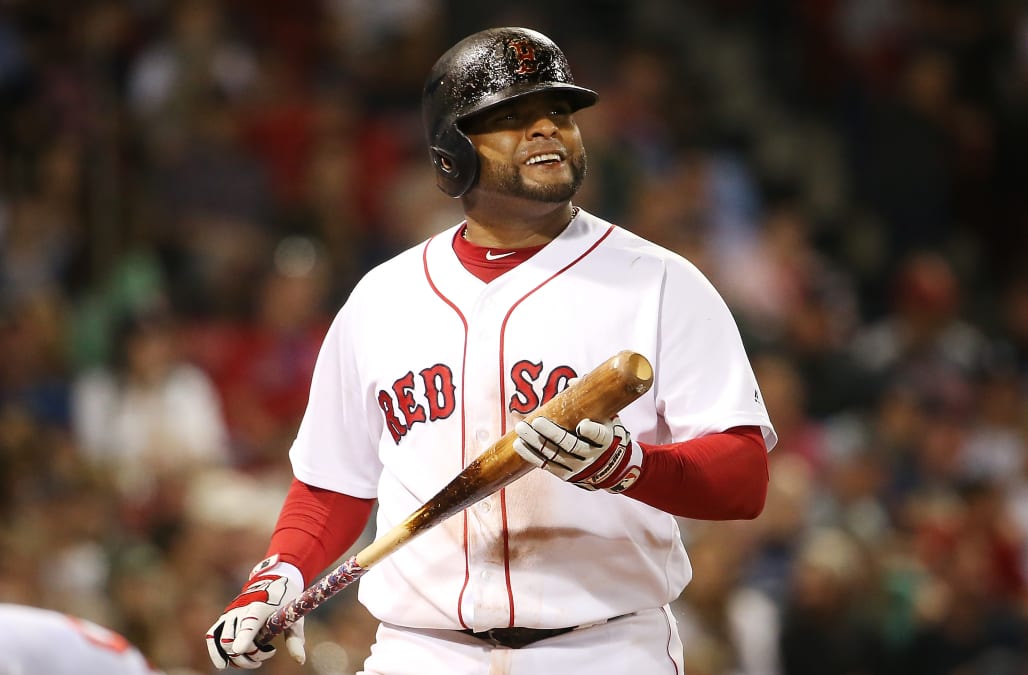 The Pablo Sandoval era in Boston has come to a merciful end.

On Friday, the Red Sox announced that the struggling third baseman was designated for assignment, freeing up his spot on the 40-man roster.

But the Red Sox didn't get to make the transaction for free — not with two seasons remaining on the five-year, $95 million contract Sandoval signed back in November 2014. The team is on the hook for his entire remaining salary, which comes out to a staggering $49.8 million.

The Red Sox have ten days to try to trade Sandoval. More likely, they will either try to send him to the minor — a move he can reject — or they would just release him. Teams will be able to sign him for the league minimum once he hits the open market, but the Red Sox will still be obligated to pay the money owed on his guaranteed contract.

The Sandoval contract will go down as one of the worst in the history of sports. The Venezuelan was a force to be reckoned with during the first seven seasons of his career, in which he posted 946 hits and a 123 OPS+ for the San Francisco Giants. He earned two All-Star appearances and batted .344 in the postseason, serving as a spiritual leader of three World Series-winning squads. Sandoval's deal with the Red Sox was seen as a slight overpay, but not exorbitant for a 28-year-old third baseman with that kind of resume.

And yet, Sandoval compiled a .237/.286/.360 slash line during his time in Boston. Injured for nearly all of the 2016 season and a good bit of this one, he made just 653 total plate appearances — about one season's worth — and was an astonishing -2.0 WAR (Wins Above Replacement, or in this case below replacement-level).

Sandoval was also a constant distraction for the team. He struggled with his weight and violated the Red Sox's social media policy— and that was just in the first year of his deal. He spent his last month with the organization playing for Triple-A Pawtucket while rehabbing an ear infection.

The Red Sox's third basemen have struggled all year, but their current platoon of Deven Marrero and Tzu-Wei Lin has come alive of late, hitting .351 since June 24. At 50-39, they continue to lead the American League East and will resume their season when they host the Yankees on Friday.

NOW WATCH: LeBron James explains the story behind his shirt that prompted Draymond Green to get revenge at the Warriors' championship parade