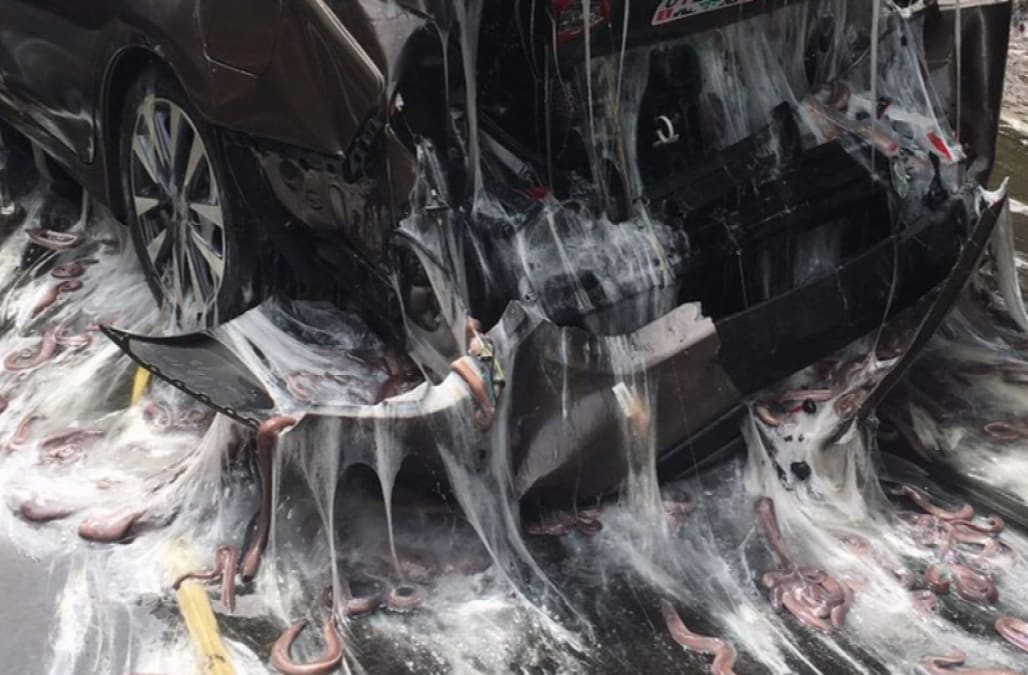 Slippery conditions on an Oregon highway this week, but they weren't caused by the rainy Northwest weather.

They were caused by 7,500 pounds of seafood.

Watch: Passengers Freak Out After Snake Is Found Loose Aboard Flight

Hagfish, specifically: a spineless ocean dweller nicknamed the "slime eel" for the gobs of goo it excretes in times of stress.

7,500 pounds of slime eels spilled in chain-reaction crash
Up Next

Times, it seems, that include being overturned onto a highway while in transport to Korea, where they are considered a delicacy.

At least one vehicle got completely slimed on U.S. 101 Thursday, when a five car chain-reaction that started with the airborne hagfish snarled traffic for hours.

The cleanup, immortalized on film by the good folks at Oregon DOT, is as stomach-turning as one would expect.

While several vehicles appeared to sustain major damage, thankfully no one was injured.

The same could not be said for the hagfish, which require seawater to survive and perished in the road.