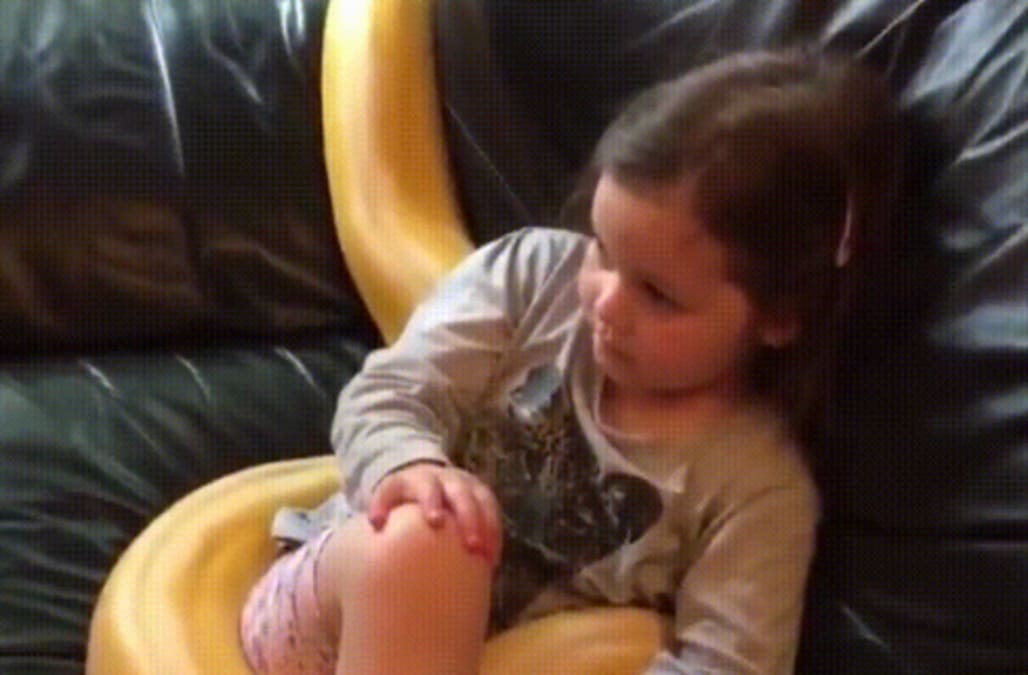 A video of a little girl snuggled up to a massive snake sparked quite a bit of outrage this week.

The clip shows the child sitting happily on the couch watching television with the huge Burmese python wrapped around her leg. At one point, the snake yawns and the child remains unfazed.

Burmese pythons are popular pets. Though they are often found in southern Asian nations like Nepal, India, Thailand and Vietnam, they are often released into the wild in Florida and have become a pervasive species there. 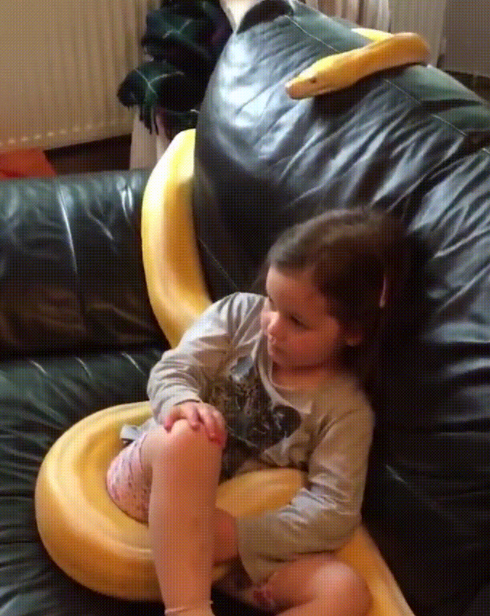 When fully grown, they can eat large animals -- even alligators.

The snakes are not venomous. They kill by grabbing their food with their teeth and wrapping their bodies around it until it suffocates to death.

Domesticated pythons are not considered dangerous to humans, but it's probably not something you would want to be near your child.