'Only one person' who fits profile of ex-Soviet spy at Trump Jr. meeting with Russian laywer 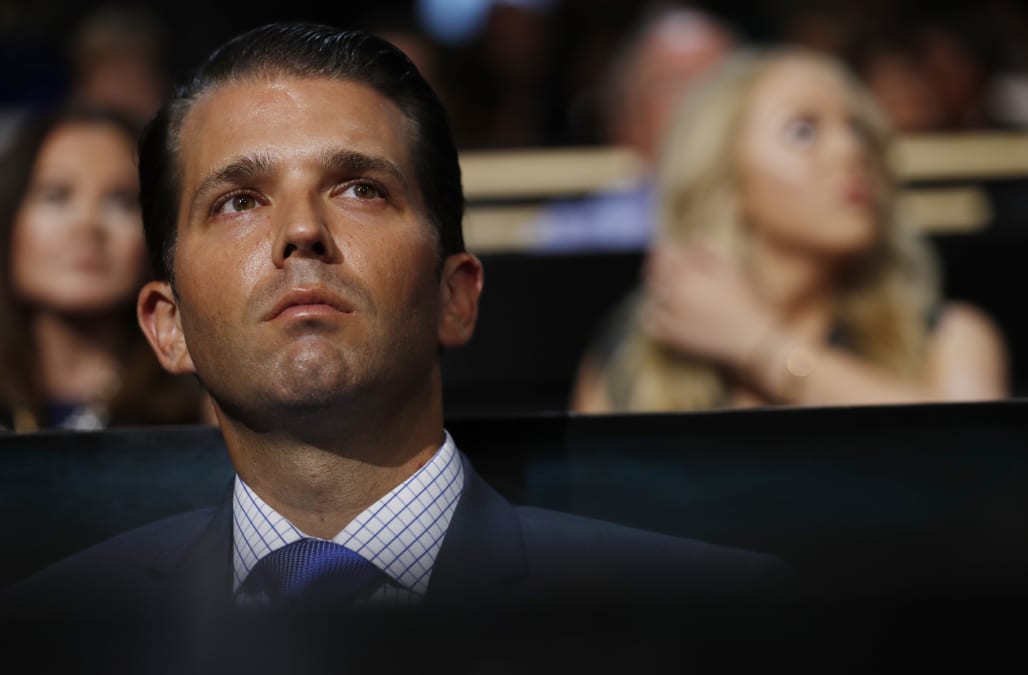 President Donald Trump's eldest son, Donald Jr., his former campaign chairman Paul Manafort, and his son-in-law Jared Kushner met with a Russian lawyer at Trump Tower last June to discuss what was billed as possible dirt on Hillary Clinton. But there were at least two other people in that meeting whose presence was not disclosed until Friday.

NBC withheld the lobbyist's identity in their reporting, but William Browder, the founder of the investment advisory firm Hermitage Capital who spearheaded the Magnitsky Act after his death, told Business Insider that there was "onlyone person" who fit the profile described by NBC — Rinat Akhmetshin, a Russian-born lobbyist who has been working with the lawyer, Veselnitskaya, to overturn the Magnitsky Act since at least last year.

The AP later confirmed Akhmetshin's presence at the meeting.

Matthew Miller, a former Justice Department spokesman under President Barack Obama, said the new revelations would make it easier for FBI special counsel Robert Mueller to subpoena someone from outside Trump's inner orbit "for an independent account" of the meeting.

"Until today, the only people we knew were in the meeting were three people connected to Trump and a lawyer who is not an American citizen and is probably beyond the reach of law enforcement," Miller told Business Insider on Friday, referring to the Russian lawyer Natalia Veselnitskaya.

"Mueller could subpoena Trump, Jr., Kushner, and Manafort, but if they all told the same story or said they didn't remember what happened, Mueller would have no way of independently verifying their accounts of the meeting," Miller continued. "Now there are two other people who were in the meeting who may not have the same incentives to protect the president, or who at the very least, may not be willing to risk perjury to do so."

Trump Jr. said he agreed to meet withVeselnitskaya last June at Trump Tower to discuss compromising information she said she had on Clinton, but did not mention that Veselnitskaya was accompanied by at least two other people.

Trump Jr. has said in recent days that he was disappointed that the meeting instead focused on Russia's adoption policy. Veselnitskaya later told NBC that she didn't have derogatory information on Clinton and asked for the meeting to talk about the Magnitsky Act.

The Magnitsky Act was passed to punish those suspected of being involved in the death of Russian tax lawyer Sergei Magnitsky, who uncovered a $230 million tax fraud scheme in 2008 that implicated high-level Kremlin officials and allies of President Vladimir Putin. The scheme quickly snowballed into one of the biggest corruption scandals of Putin's tenure. The act authorizes the US president to deny visas to, and freeze the assets of, Russians believed to have been complicit in Magnitsky's death.

SEE ALSO: A Soviet military officer-turned-lobbyist attended the Donald Trump Jr. meeting — and 'there is only one person who fits that profile'