Kellyanne Conway: Hillary Clinton is 'one of the only people' that believes in Trump-Russia collusion 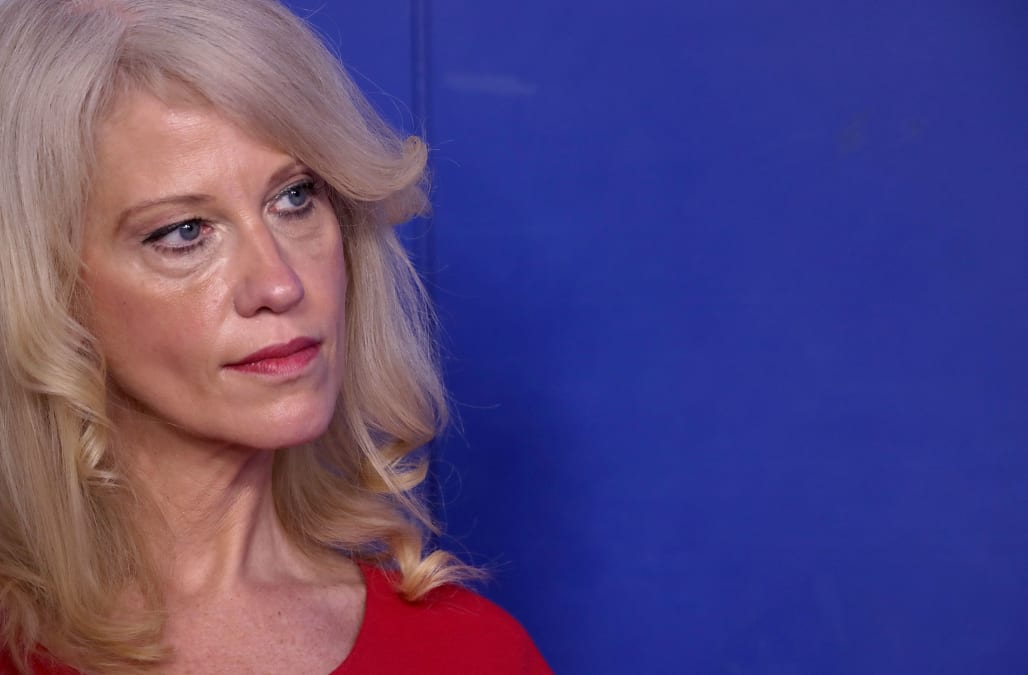 Conway's comment came in response to a question from the Fox anchors about a June 2016 meeting between top Trump campaign officials, including Donald Trump Jr., and a Russian lawyer, Natalia Veselnitskaya, which was arranged after Trump Jr. was told that a "Russian government attorney" had incriminating information about Clinton as "part of Russia and its government's support for Mr. Trump."

"Let's talk a little about the number one story on the other channels, and that's Russia, Russia, Russia," Steve Doocy said, asking Conway if the "Russia story is starting to fall apart."

Conway responded that "nobody believes" that "sustained, furtive collusion" occurred between members of the Trump campaign and Russian officials — except for Clinton.

"Well, even the goal posts have been moved. I mean, we were promised systemic, hard evidence of systemic, sustained, furtive collusion that not only interfered with our election process but indeed, dictated the electoral outcome," Conway replied. "And one of the only people that says that seriously these days is still Hillary Clinton, and nobody believes it."

Doocy then asked Conway if meetings and communications like the one between the Trump campaign and Veselnitskaya are common in politics.

"Would people call you up all the time and say, hey Kellyanne, I got some dirt on her, and would you take a meeting with them?" anchor Doocy asked.

Doocy added that "the president said yesterday that kind of occurrence happened all the time."

"Well, it does, but in the case of Hillary Clinton it was all there to see — no, he's absolutely right in terms of people are always whispering 'I've got opposition here, I've got information there,'" Conway said. "Many meetings end up as a bust, that aren't particularly meaningful, consequential or helpful. To hear Don Jr. speak of it, that's how he characterizes this particular meeting."

"Fox & Friends," a morning show that frequently hosts Conway and other Trump administration officials and Trump family members, is a known favorite of the president, who regularly shares the show's clips and has even tweeted thanks to its anchors for their reporting.