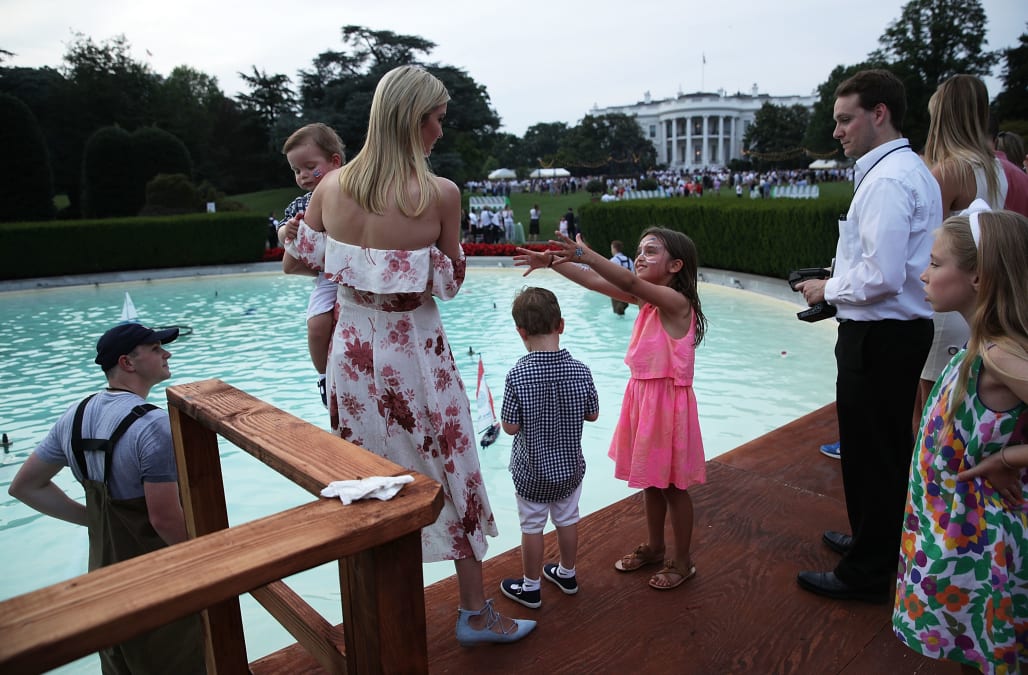 He's no Melissa McCarthy, but this little cutie will do.

Ivanka Trump tweeted the photo of her three-year-old son Thursday with the caption, "TBT to Joseph's first press briefing."

In another photo, Joseph is with his siblings, Arabella and Theodore, enjoying ice cream in DC before Fourth of July fireworks.

And, Ivanka also posted one with all three kids at the Congressional picnic.

And in another, you can see Arabella jumping off the White House steps with the caption "Springing into the weekend."

No word yet if Joseph will officially be replacing Sean Spicer, but he does certainly look the part.